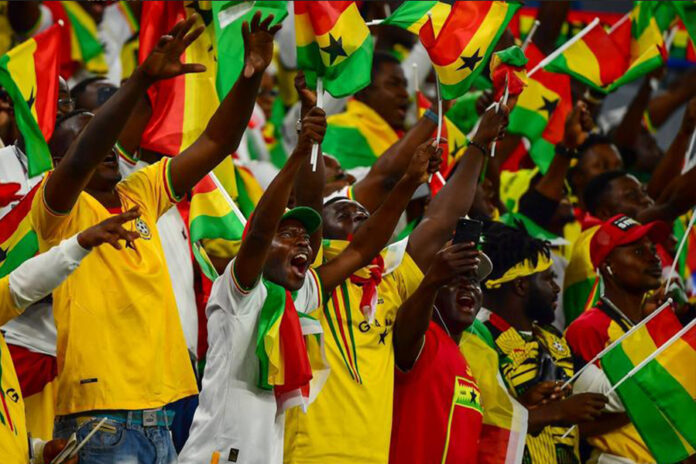 There has been an unmistakable glass ceiling over Africa at football World Cups.
In reaching the quarter-finals in the 1990 World Cup, Cameroon set a benchmark that has not been bettered yet. Senegal and Ghana also reached the last-eight, in 2002 and 2010 respectively, but the continent’s tale of the tape on the global stage has been one of relative underachievement.
Powered by Roger Milla’s swivelling hips and a fearless athleticism, Cameroon’s Indomitable Lions were the shining light of the 1990 World Cup in Italy. Wins over holders Argentina, Romania and Colombia set the bar high and, for the first time, an African side claimed three wins at a World Cup.
That performance was widely expected to herald a new age of achievement. It also seemed to justify Pele’s assertion that an African team would win the World Cup by 2000.
However, that prediction would ultimately fall short.
But in 2002, Senegal staked claims for the big prize. Amid a hail of falling seeds early on, the team set out its stall by beating reigning champions France and becoming the first African team to go through a World Cup group stage undefeated.
They were ultimately undone by fatigue and a golden goal, but that success launched the mainstream appeal of Senegalese football.
In 2010, Ghana were the only one of six representatives to advance from the group stage in South Africa.
In 2010, Ghana were the only one of six representatives to advance from the group stage in South Africa.
The Black Stars, combining the experience of their debut in 2006 with the promise of their 2009 under-20 World Cup winning team, played organized, disciplined football and, after wins over Serbia and the USA, came within a handball of a place in the semi-finals.
So, has all that promise and hope disappeared?