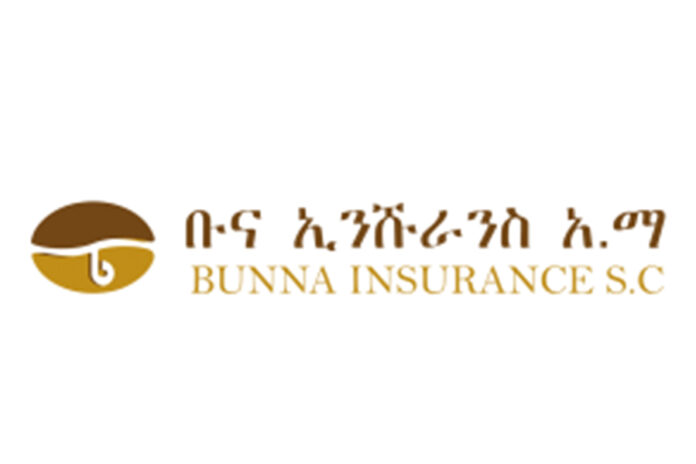 Bunna Insurance surpasses its own set projections for the 2021/22 fiscal year registering 17 percent higher growths in written premiums from general insurance and three folds more in the set target for life business insurance.
From its full report that was availed a week ago, the insurer which ushered in its 10th anniversary has registered massive success and shows no signs of stopping in its remarkable trend any time soon.
According to the annual report presented at the general assembly, the insurer accrued 467 million birr in premiums from the general insurance business which is 40 percent higher when compared to the preceding year and 17 percent higher from its own target for the year.
Bunna had projected to write 400 million birr in premiums from the general class of business, but as the year went on it galloped past its projections.
Similarly, the company has attained magnificent success from the long term or life insurance class of business, which is by and large poorly performed in the industry.
In the year that closed June 30, 2022, Bunna had projected to write three million birr from the long term insurance, while in reality it attained about 11.4 million birr which is an almost 280 percent higher growth when compared to its projection.
In the 2021/22 financial year, the insurer compensated its customers for claims of close to 175 million birr. The insurer expected to pay 164 million of the stated amount but actually paid more than six percent of the target to its customers.
Similarly, the outstanding claims of the company were stretched by 39 percent from its estimation to reach 92.3 million birr. This made the actual gross claim incurred to be 199 million birr, which is six percent higher of the expectation that the company set at the beginning of the year.
The best performance that the company attained in the year allowed the insurer to secure almost 11 percent higher underwriting surplus of its projection.
According to the annual report presented to shareholders, the underwriting surplus stood at 64.6 million birr, while the target was 58.2 million birr.
Bunna has also been engage on other source of incomes like lease and time deposit interest income, which contributed additional finance for the insurer as it earned 53.4 million birr.
During the reporting period, the company registered almost a quarter higher gross profits compared with the 2020/21 financial year.
The report indicated that in the 2021/22 financial year, Bunna Insurance amassed 45.1 million birr in gross profit that is 43.5 million birr from general insurance class of business and the remainder in long term insurance.
The profit for the year increased by seven percent compared with the target set at 42.1 million birr and 24.5 percent from the preceding year’s performance that was 36 million birr.
The profit after tax for the year stood at 44.8 million birr, while the earning per share was 20.1 percent of 100 birr par value from 19.2 percent from the previous year.
As of June 30, the company assets stood at close to 1.1 billion birr and its paid up capital has reached 198 million birr.