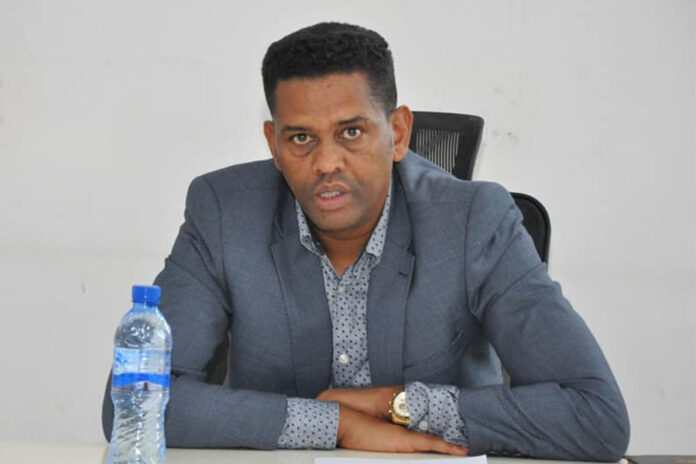 The Ministry of Trade and Regional Integration (MoTRI) calls exporters to commence shipment of commodities already secured through contract and investment farming schemes. Traders voice out opinions stating that the recent move by the ministry on the trading of sesame will lead to an erratic business market.
It is to be recalled that MoTRI called exporters who are getting export commodities on contract farming and investment farming to come up with the required documents to register at the relevant regulatory body of the ministry.
For instance exporters who access the commodity through contract farming were supposed to submit their agreement entered with farmers, and for those who use the commodity from investment farming were informed to come up with the development license for the registration that will allow them to undertake the export.
Besides that, the standards and quality measurements were set to be conducted through the Ethiopian Commodity Exchange (ECX) to manage the export. Recently, MoTRI also called all exporters to bring in their six month export business plan.
Based on that, this week, the ministry announced that exporters who secured the commodity, which mostly includes oilseeds and pulses, from the two schemes, fulfilling the set conditions were given the green light for export.
Currently, this type of contract and investment farming has become popular and an alternative scheme for accessing exports of commodities besides ECX.
A week ago, Kassahun Gofe, State Minister of MoTRI, told Capital that the significant amount of export commodities are expected to come out from the country through the two alternatives in this season.
He said that substantial number of exporters had registered their agreements as per the Ministry’s call.
Experts in the sector said that the current harvest season is a heyday meanwhile there are several natural and manmade challenges in the country.
One of the exporters that Capital interviewed said that despite the challenges in the northern and western parts of the country, this year’s harvest were very good in terms of major export on pulses and oilseeds.
At the beginning of this harvest season, which mainly started in the middle of October, MoTRI also introduced a new scheme at the trading floor, ECX.
Based on the new scheme, the ministry has lifted the price cap that was imposed on the trading at ECX about a little over one year back.
It disclosed that the trading would be led through the market. Initially, the ministry imposed the cap to keep the export business profitable and to counter the under invoice and over invoice issues.
In connection with the foreign currency shortage, traders who mainly engage on import business were paying higher prices against the international market to get the export commodity in order to earn the much needed foreign currency for their other activities.
But ever since the ministry imposed a weekly price benchmark, traders have been limited by a cap to buy the commodities.
Buying commodities at higher price points against the international market have also been linked to hoarding.
However, early this harvest season, the ministry lifted the cap that was greeted by a price hike in the sesame seeds market at ECX. As a result, MoTRI reinstated the cap on the oil seeds which lasted about three weeks and later lifted the cap last week.
A week ago, Kassahun told Capital that the ministry is following a flexible approach led by the market.
“We have lifted the ceiling and we will take the market approach as per the evaluation of the parameters that we applied,” he elaborated, adding, “Our principle is similar and remains integral to ensure the smooth operations of the sector.”
He illustrated that when the cap was re-imposed about a few weeks ago, the price spiked to 12,000 birr per quintal for the Wolega type of the commodity and even higher price points for Humera.
Now traders and long established exporters are complaining about MoTRI’s new approach that they claimed the frequent move would make the market erratic and undermined.
They insisted for the government to follow sustainable regulation methods than frequent changes, “It is crucial to lead the sector in a healthy manner.”
One of the biggest exporters told Capital that currently some crucial exporters have decided to suspend taking the commodity from ECX because of frequent price fluctuations.
Kassahun said that he is confused by some traders who are buying the commodity at the current rate that is over compared with the global market, “I am wondering how traders are buying the commodity at this rate.”
In the past, exporters considered paying extraordinary amounts against international market since their major objective was to secure the foreign currency. But at the current stage most of the foreign currency is given to the government than the previous trend.
“As per the National Bank of Ethiopia (NBE) foreign currency surrender directive that was issued about a year ago, traders would not get more than 20 percent of the foreign currency they generated from export, while 70 percent must be sold for NBE but some traders are trying to buy the commodity with high value against the export rate,” he elaborates by adding that, “the government should follow the situation and NBE has to also control the under invoice mischief.”
Exporters have also expressed that the export sector must be a standalone business, which is effective and strong to benefit the country hence the imposition of price caps.
“It must also re-introduce the cap to not only sesame but also for other export commodities that are traded at ECX,” most of the exporters that Capital spoke to underlined.
At the trading held on Thursday December 1, the average price of Humera Gonder sesame seeds was 10,538 birr and 9,625 birr for Wollega type per quintal. It seems that the rate has shown some reduction compared with the preceding trading days.
For instance, on the trading held on November 23, the Humera Gonder sesame’s average price was 11,138 birr per quintal and 10,140 birr for the seeds from Wollega.