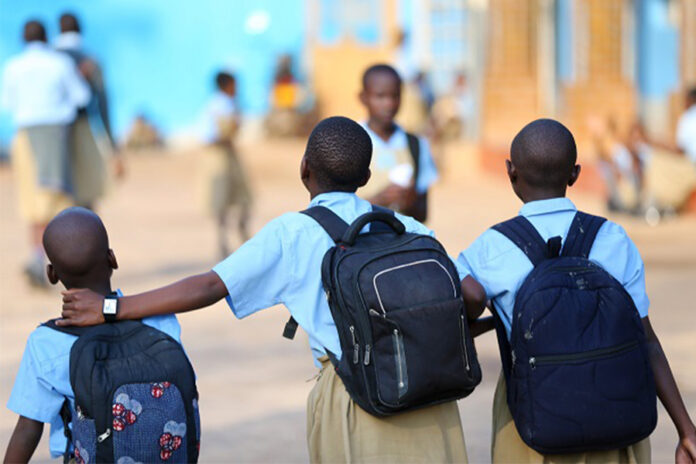 Education Cannot Wait (ECW) and the Norwegian Minister of International Development visit Ethiopia to take stock of education needs in light of the country facing one of the worst humanitarian crises it has seen in decades due to compounding effects of conflict, climate change, malnutrition and displacement.
On their high-level joint mission, Anne BeatheTvinnereim, Norway’s Minister of International Development, Graham Lang, ECW Director of the High-Level Financing Conference and Chief of Education, Birgitte Lange, CEO of Save the Children Norway, and other partners met with children and adolescents impacted by the ongoing crises in the Oromia and Somali regions.
The number of out-of-school children in Ethiopia as a result of these emergencies has spiked from 3.1 million to 3.6 million in just the last six months, according to UNICEF. The recent conflict in Afar, Amhara and Tigray regions have displaced families from their homes. Similarly, the ongoing violence in parts of Oromia is causing further civilian displacement.
The worst drought in over four decades has made matters even worse with 24.1 million people affected, including 12.6 million children. Over 1 million people have been displaced by the drought in the Somali region alone. Across the country, 20 million people are in need of food assistance, according to the World Food Programme.
The delegation visited schools and communities benefitting from holistic education support funded by ECW and delivered in partnership with UNICEF, Save the Children Ethiopia, and local partners in support of the Government. In three years, the multi-year programme has reached over 250,000 vulnerable girls and boys with ‘whole-of-child’ interventions that include school-feeding, psychosocial support, teacher training, school materials, accelerated learning, gender transformative approaches, and the construction and rehabilitation of school facilities.
ECW has invested 55 million dollars in Ethiopia since 2017, with an additional 5 million dollars investment being finalized to further scale up education response to the drought.