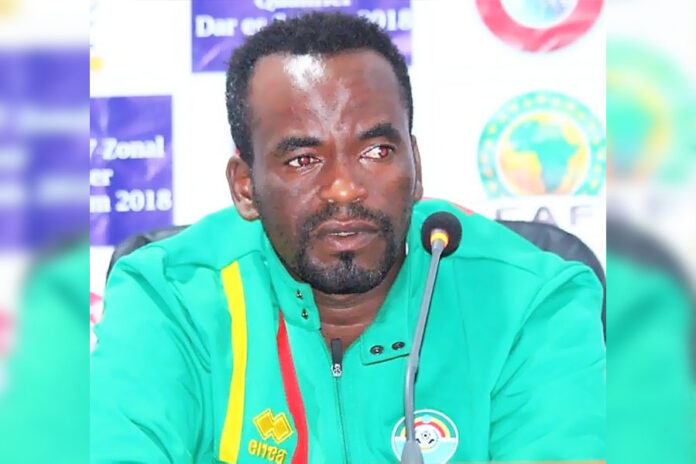 Ethiopian Premier League former champions Ethiopia Bunna booted out head coach Temesgen Danna just four months into the league season. Four wins, four draws and four defeats Ethiopia Bunna is currently ninth in the league table with twelve points.
Though the rumor of sacking the little known Temesgen was flying around for sometime earlier, the final decision for the axing came on Friday less than twenty four hours after the 1-0 defeat at the hands of Hadiya Hossana currently fourth in the table with 18 points.
When Temesgen, who is the least experienced premier league coach, took over at Ethiopia Bunna at the start of the season, many of the club’s supporters were concerned whether Temesgen was the best man to lead the side for the better.
Taking the national youth side coming out of nowhere followed by a brief assistant job at relegated Debub Police then half season at Wolikite Ketema, Temesegen’s resume was by no means good enough for the country’s second most popular side Ethiopia Bunna. But thanks to the heavy weight officials at the club, the result stands as sheer evidence for their wrong judgment yet at the cost of the club’s die hard supporters.
A 2-1 defeat to Hawassa followed by 3-1 double drubbing by Diredawa and Baherdar, then sharing a point with bottom of the table Legetafo after a final minute 2-2 equalizer, Ethiopia Bunna experienced the fourth defeat in the season on Thursday.
Having some expensive signings that did not turn out well and bizarre after-match comments about losing each game, Temesgen’s stay came to an end on Friday morning for the relief of the club supporters. Supporters that attended Thursday’s 1-0 defeat at Diredawa stadium not only vociferously demanded for Temesegen’s sacking but also for the resignation of the club Patriarch Lieutenant Fekade Mamo.
The assistant Coaches are handed the caretaker job for the coming faceoff against arch rivals and league leaders Kidus Giorgis.