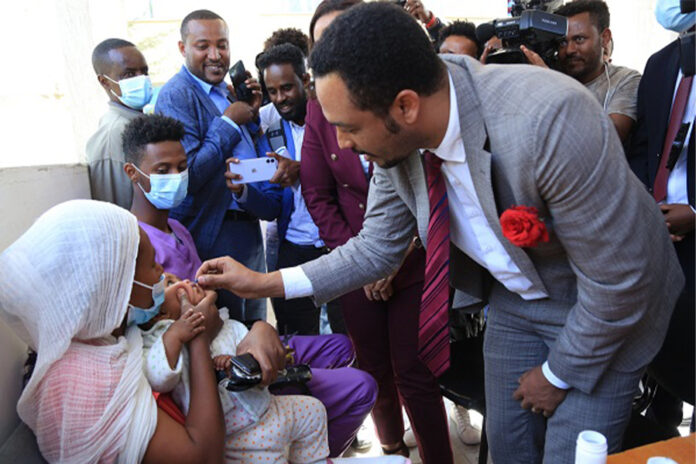 Ethiopia has launched an integrated measles immunization campaign that targets 15.5 million children under five today.
At the launching campaign, Health State Minister Dr. Dereje Duguma said that the disease has been widely seen in the last three months especially in areas affected by drought and war. In order to tackle the problem, 15.5 million children between the ages of 9 months and 5 years will be immunized, he added.
In Addis Ababa alone, some 520,000 children will be vaccinated, it was learned.
The immunization campaign will be conducted for 10 consecutive days starting from December 22.