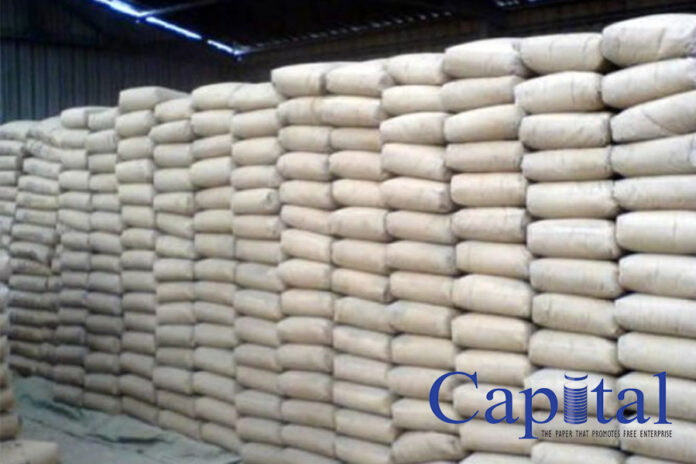 Ministry of Trade and Regional Integration (MoTRI) announces that it will regulate cement factory gate prices every six months until demand and supply levels.
In a press conference held on Thursday December 22, 2022 Teshale Belhu, State Minister of the Ministry of Trade and Regional Integration (MoTRI), said that the Cement Marketing and Distribution Directive 908/2014 which allows the government to regulate the cement market has been revoked out with a new regulation emplaced.
“The former directive was approved to cope with illegal trading and to fill the gap on demand and supply. However, instead of stabilizing the market it has aggravated the problem, increasing illegal traders in the process,” explained the State Minister.
In the former directive the government has been trying to regulate the price of cement through measures such as setting fixed prices, limiting the volumes that individuals can buy and asking producers to cut distributors out of the supply chain.
In the former regulation, factories were supposed to sell to distributors which were selected by regional and city administrations. Through this, mega government projects and bid developers were said to have got priority in cement consumption.
The price of one quintal of cement was not more than 700 birr but now that narrative has shifted to over 2000 birr in the black market.
“Government will decrease its interaction in the cement market,” stated Teshale highlighting that the Ministry will monitor distributors to ensure that the transaction is completed in a valid way with receipts. However, the ministry will not set market price points.
To be effective as of December 22, 2022, the ministry has issued a new factory gate price. The price revision which is said to have been distributed to the factories has brought the price of one quintal of cement from 750 birr to 795 birr and looks to stay the same for the coming six month, according to the State Minister.
In the past two years, shortage of cement hit the market hard as factories production went down. Meanwhile, the government disclosed that it has taken several measures regarding cement distribution and its high price points. However things on ground seem different. It has been well noted that factories are working under production for reasons that stem from security, shortage of raw material as well as foreign currency.
According to the ministry, through there are about 11 cement factories, only three were properly in production mode. In the 2020/21 (2013 Ethiopian fiscal year) the total cement production in the country was 6.1 million quintals which dropped to 4.1 million quintals in 2021/22. The country’s production capacity is around 12Mt/yr.
Quite recently, even retailers in the city, contractors and builders shed light on heavy concerns to access cement even at twice its rate.
Contractors who are involved in different sized projects alarmed that they are engaged on building the backbone of the economy yet they face the hurdle of accessing cement.
In light of the cement despair, cement top guns, Dangote Cement disclosed that its sales from the Mugher plant rose by 1.8% year-on-year to 1.7Mt in the first nine months of 2022 and that the unit was running at full capacity in the third quarter. It reckoned that it held a 42% market share during this period, out of a total market of around 4.2Mt. Previously, it said that the total market for the whole year was 7Mt in 2021.