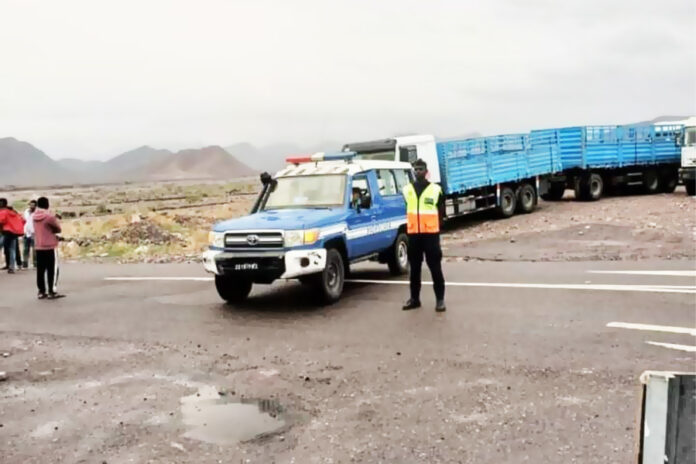 Those, who closely follow the issue from Djibouti, informed Capital that for the past few days, unusual rains have been hitting Djibouti which is peculiar since the country is known for its low annual rainfall.

The observers elaborated that the situation in the country has affected the logistics operation at ports and even road transport.

Roba Megersa, CEO of Ethiopian Shipping and Logistics Services Enterprise (ESLSE), told Capital that the Djibouti rains had affected the cargo unloading operation for one shift on Saturday. “However on January 1st and today, January 2nd, the activity has fully been halted,” he added.

Roba reminded that currently, the port which is discharging fertilizer cargo has had its operations suspended as a result of the sudden showers.

“We cannot even open the vessel hatch because the rain would damage the fertilizer cargo,” he explained, adding, “Unprecedented weather conditions in Djibouti have deterred our operations.”

Early last week, for the upcoming agriculture season, the first fertilizer vessel, MV Great Comfort which sailed from Morocco had docked its anchorage with 57, 295 metric tons at the modern port facility of Doraleh Multipurpose Port.

Roba disclosed that because of the recent weather conditions the discharge operations did not go planned, “Fertilizer is a sensitive product which can easily be affected by the shower.”

Djibouti Ports Corridor Road (DPCR), a body which was established a few years ago under Djibouti Ports and Free Zones Authority (DPFZA) to modernize the logistics roads corridor, on Sunday January 1st disclosed that torrential rains caused flooding at several crossing points, “We would like to inform users of the corridor roads of the situation concerning the current bad weather throughout the national territory.”

However later DPCR stated that there are some sort of improvements in some areas.

Recently Aboubaker Omar Hadi, Chairman of DPFZA, told Capital that the road condition linking both countries was noted to be a major challenge, stating, “Of course this setback was as a result of harsh weather conditions catalyzed by heavy rains, which led to disruptions in road network access within our borders.”

“We kept building and rebuilding the road, and the road was being washed out due to the heavy rains. Similarly, to some degree the rains also affected the railway transport, with cases of over-flooding,” Hadi pointed out whilst highlighting the situation of the latest weather condition affecting the activity in Djibouti.