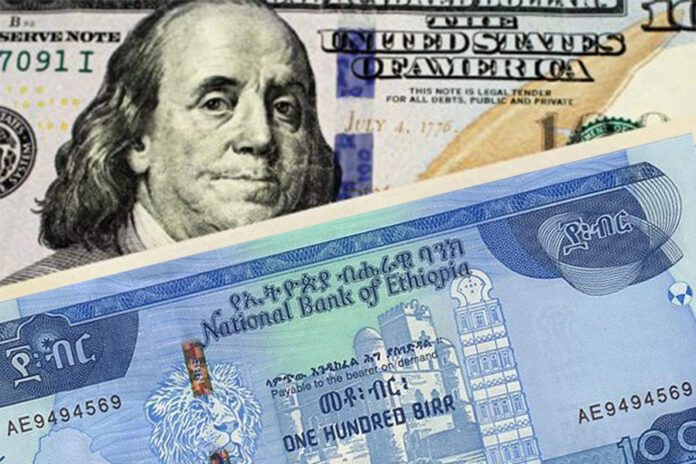 Government organizes a committee to assess feasible ways to unify the normal exchange rate market with the ever so rising parallel market exchanges.
As sources inform Capital, a committee comprising of different stakeholders from various ministries, financial advisors and officials from the National Bank of Ethiopia, has been established in recent weeks to tackle the matter. The committee is expected to assess ways on how the government could equalize both the normal and parallel exchange rates to increase government’s foreign exchange gain, which is currently being munched by the black market.
To properly manage the unification and avoid a shock to the system, conducting a series of studies including sifting through the lessons learnt from other countries, is said to be integral.
As the government has alarmed over the years, Ethiopia’s economy has witnessed a shortage in foreign currency. Due to the increased demand for foreign currencies, the dollar exchange rate at the parallel market has in recent episodes skyrocketed making the official and black markets to drift exponentially apart.
It is widely thought that the surging inflation coupled with shortage of hard currency in Ethiopia are driving up the price of the US dollar on the black market. In some parts of the city where black market trading takes place, during the week, one US Dollar was selling between 102 to 110 birr which is more than double in comparison to the normal exchange rate which is less than 54 birr.
The foreign exchange provided by the banks is decreasing significantly. In response to excess demand for foreign exchange in the official market, parallel markets for foreign exchange have gained traction. However, the emergence and existence of active parallel foreign exchange market has created several complications to policy makers in their attempt to regulate the external balance.
According to IMF, Ethiopia has broadly pursued a policy of depreciating the nominal rate by 6 percent a year. Likewise, there are indications that the price level in the economy largely reflects the parallel market rate. To combat this, the central bank has undertaken a medium-term plan of economic reforms and macroeconomic policy measures to minimize the parallel foreign exchange market. But in all of this, creating a unified exchange rate market has been daunting.
“There is no doubt that over the coming six to 12 month we have to find steps towards the unification of the exchange rate. Remittance is also highly dropping because of the black market rate which is very attractive,” said one of the advisors working with the Ministry of Finance to Capital in an insightful interview, adding, “Through unification, we need to get back to a situation where we have only one price of foreign exchange as opposed to two markets which are night and day.”
According to a simplistic explanation by experts, unification means bringing these two markets together to create a situation where either to have a floating exchange rate purely market driven or something similar that actually has a clear path towards having one single exchange rate.
“This process on one hand can be very tricky and on the other very easy to implement depending how best it is approached. Because if you’re not careful this unification can be very inflationary,” insisted the economy policy expert, adding, “To have a stable unification, an analysis of the demand side versus the spending side ought to be keenly looked into. Furthermore, the government on its end will be required to tighten the belt because otherwise this process will not be successful.”
The government expects tangible results following the unification of the two markets, in the primary areas of inflation and forex shortage.
Over the past ten years, the Ethiopian birr has depreciated significantly against the U.S. dollar, primarily through a series of controlled steps. Over the past years, everything has been changing so fast and exchange rates are rapidly fluctuating due to the political uncertainty in the country. The conflict in Northern Ethiopia and the instability in most parts of the country are among the factors that are said to have contributed to the skyrocketing exchange rate of foreign currency.