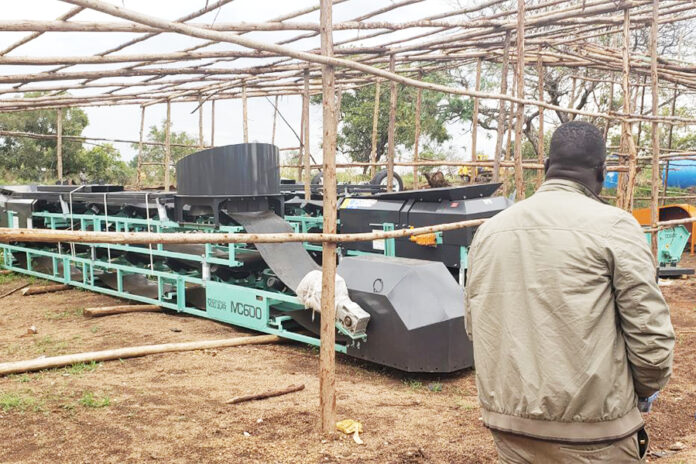 Akobo Minerals of Etno Mining discloses that it will declare an additional huge gold reserve from its exploration site at Gambella region, close to South Sudan’s border. The mining company revealed that it has its eyes set for gold production towards the end of the first quarter of 2023.
The company which has been engaged on gold exploration in the south west tip of Gambella region for over a decade secured a large scale gold mining license in September 2021 through the Council of Minister, for its first production at Akobo area, on the reserve that it found.
Tesfaye Medhane, General Manager of Akobo Minerals, said that the company has been engaged on exploration, and with the license its received the production of the precious metal is well on course.
“If you get three or four grams of gold from the crushing of one ton rock it is profitable but when it comes to our site we are expected to produce over 21 grams of gold from one ton of rock, which is a very high grade,” he explained showing that the site in contrast to the global mining sites was highly profitable.
“Currently, we are on the development stage to start production by the end of March,” he said, elaborating that at the initial stage the company will crush ten tons of rock per hour to mine the precious metal .
So far machineries that are vital to commence production have arrived at the site, which is 10 km from the South Sudan border and about 750 km south west of Addis Ababa. Similarly the company has hired IW Mining, a South African company, to operate the underground mine and transfer knowledge for local staffs, who will take over the operation when the contractor eventually leaves the site in the coming few months.
Tesfaye stated that the South African company has already started excavation with the quarry already prepared for crushing to mine the gold. As Tesfaye explains, stemming from the information of about a year back, the approved reserve that was accepted by global advisor, SRK Consulting, was 52,000 ounces to which the company is set to start production.
The mining firm’s total exploration area is noted to be 182 km2, while the mining license it secured covered 16 km2 at the Segel Deposit.
The General Manager added that the company has got additional huge reserves on the exploration area to which the company is continuing to assess the precious metal, “We will declare the reserve amount as per the process we are undertaking.”
In the past about two years, the Norway based public listed company spent USD 20 million with expected additional investments of up to USD 30 million in the coming two years to expand the production.
He said that to lateralize the operation the region and wereda has provided strong support.
Umod Ujulu, President of Gambella, said that so far in his region artisanal miners are dominating the gold production, while Akobo Minerals is one of the two who are working to produce the metal on large scale.
He said that his regional administration is closely following the progress of the company, “the mining development will help to improve the locality life, the region and the country and in our end, we are providing our support for the company to embark its production.”