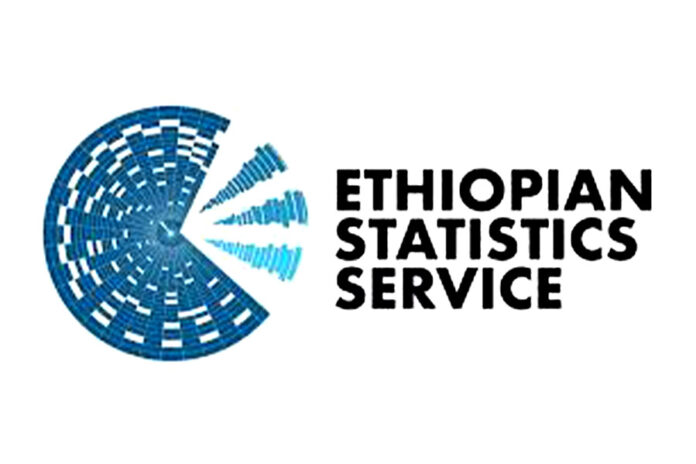 General inflation rate decreases to 33.8 percent in December 2022 after reaching highs of 35.1 percent in November 2022, the Central Statistics Service monthly general inflation report reveals.
According to the report, the country level food inflation recorded a high of 36.8 percent as compared to Non-food inflation rate which stood at 29.8 percent in December 2022. According to the report in December, food inflation dipped to 32.9 percent down from 34.2 percent in November 2022.
As the report indicates, in December, some important cereals including; teff, rice, wheat, barely and sorghum has shown a slight decrease. Similarly, vegetables; onions, garlic, cabbage, tomato, as well as coffee beans and non-alcoholic beverages have had notable decreases albeit fractional.
Additionally, the non-food inflation sat up on 35.2 percent in December, a decline from 36.5 percent in November. Even though there is slight decrease compared to the previous month as the report indicated there is still rise in the prices of clothing and footwear, housing repair and maintenance including cement and corrugated iron sheets, and energy, furniture and home furnishings and fuel, medical care, educational materials and jewelry including gold.
According to the agency, when compared to November’s inflation, December’s food CPI decreased by 0.5 percent and during the same period non-food CPI registered 1.8 percent increase.
Inflation rate on November 2022 was recorded at 35.1 percent, after reaching 31.7 percent in October. The main factor behind December’s general inflation rate decline were decreases in food prices.
As the New Year (GC) takes pace, inflation has been noted to become unendurable for the working class with food, housing, fuel, industrial input, and rent skyrocketing in price.
Hard hit by the pandemic, the conflict in the northern part, crippling drought in certain parts of the country and the fallout from Russia-Ukraine war, the inflation has been surging in the nation.
May 2022, Ethiopia recorded a general inflation of 37.2 percent, one of the highest levels in recent years. Since then Ethiopia’s general inflation rate has see-sawed, decreasing to 30.7 percent in September, but then climbing upwards to reach 35.1 percent in November last year.
The government as well as regional administrations have been implementing various efforts to control inflationary pressures with mixed results so far.
Although there is a decrease, the percentages are small in comparison to the government targets to which the Ministry of Finance expects to cushion inflation to 11.9 percent until the end of this fiscal year, which seems unrealistic.