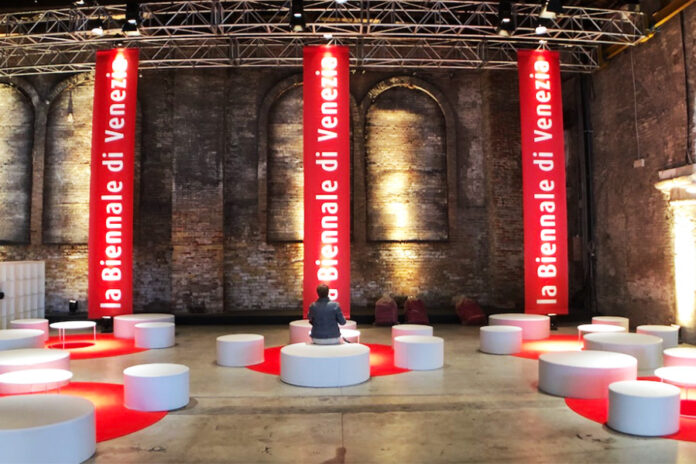 The 59th International Art Exhibition of La Biennale di Venezia, titled ‘The Milk of Dreams’, will open to the public from Saturday April 23 to Sunday November 27, 2022, at the Giardini and the Arsenale; it will be curated by Cecilia Alemani and organised by La Biennale di Venezia chaired by Roberto Cicutto. The Pre-opening took place on April 20, 21 and 22; the Awards Ceremony and Inauguration was held on 23 April 2022.
The latest details about the key participants of the 59th International Art Exhibition. The Venice Biennale, the oldest art biennial, is back after being delayed a year due to the pandemic—and it is seemingly as jam-packed with artists as ever. To help you get your head around who is showing where, we have brought together all the national pavilions and artists that have been announced so far.
The Milk of Dreams takes its title from a book by Leonora Carrington (1917–2011) in which the Surrealist artist describes a magical world where life is constantly re-envisioned through the prism of the imagination. It is a world where everyone can change, be transformed, become something or someone else; a world set free, brimming with possibilities. But it is also the allegory of a century that imposed intolerable pressure on the very definition of the self, forcing Carrington into a life of exile: locked up in mental hospitals, an eternal object of fascination and desire, yet also a figure of startling power and mystery, always fleeing the strictures of a fixed, coherent identity. When asked about her birth, Carrington would say she was the product of her mother’s encounter with a machine, suggesting the same bizarre union of human, animal, and mechanical that marks much of her work.
The exhibition The Milk of Dreams takes Leonora Carrington’s otherworldly creatures, along with other figures of transformation, as companions on an imaginary journey through the metamorphoses of bodies and definitions of the human.
This exhibition is grounded in many conversations with artists held in the last few years. The questions that kept emerging from these dialogues seem to capture this moment in history when the very survival of the species is threatened, but also to sum up many other inquiries that pervade the sciences, arts, and myths of our time. How is the definition of the human changing? What constitutes life, and what differentiates plant and animal, human and non-human? What are our responsibilities towards the planet, other people, and other life forms? And what would life look like without us?
These are some of the guiding questions for this edition of the Biennale Arte, which focuses on three thematic areas in particular: the representation of bodies and their metamorphoses; the relationship between individuals and technologies; the connection between bodies and the Earth.
Many contemporary artists are imagining a posthuman condition that challenges the modern Western vision of the human being − and especially the presumed universal ideal of the white, male “Man of Reason” − as fixed centre of the universe and measure of all things. In its place, artists propose new alliances between species, and worlds inhabited by porous, hybrid, manifold beings that are not unlike Carrington’s extraordinary creatures. Under the increasingly invasive pressure of technology, the boundaries between bodies and objects have been utterly transformed, bringing about profound mutations that remap subjectivities, hierarchies, and anatomies.
Today, the world seems dramatically split between technological optimism − which promises that the human body can be endlessly perfected through science − and the dread of a complete takeover by machines via automation and artificial intelligence. This rift has widened during the Covid-19 pandemic, which has forced us even further apart and caged much of human interaction behind the screens of electronic devices.
The pressure of technology, the heightening of social tensions, the outbreak of the pandemic, and the looming threat of environmental disaster remind us every day that as mortal bodies, we are neither invincible nor self-sufficient, but rather part of a symbiotic web of interdependencies that bind us to each other, to other species, and to the planet as a whole.
In this climate, many artists envision the end of anthropocentrism, celebrating a new communion with the non-human, with the animal world, and with the Earth; they cultivate a sense of kinship between species and between the organic and inorganic, the animate and inanimate. Others react to the dissolution of supposedly universal systems, rediscovering localised forms of knowledge and new politics of identity. Still others practice what feminist theorist and activist Silvia Federici calls the “re-enchantment of the world”, mingling indigenous traditions with personal mythologies in much the same way as Leonora Carrington.