The Goethe-Institute will be hosting African Film Week from the 12th till 17th of March 2018. A selection of five feature films from Ethiopia, Namibia, Uganda, Rwanda and Algeria reflects the diversity of African cinema.
All films have gained national and/or international recognition through awards and festival invitations in the last years and represent excellent filmmaking from their respective countries.
Among the local films that are to be screened is Price of Love, an award winning 2015 Ethiopian drama film directed by Hermon Hailay which was screened in the Official Selection at 2015 Toronto International Film Festival.
It was selected in Official Competition at FESPACO 2015 where it won the Special Prize of Ouagadougou. It has gone on to compete in numerous international film festivals and won multiple awards.[2]
The film tells the story of a young Addis Ababa taxi driver who gets caught up in the dark side of love, causing his taxi to be stolen. He finds himself stuck in a relationship with a prostitute, making him confront his past and discover what the price of love is.
Those interested in attending the film screening are expected to bring their ID to the venue located at the University Compound of Business and Economics. 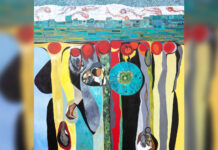 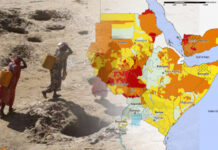 Over 50 mln people at risk of hunger in the Horn...

Book Expo continues this week’ May expand to twice a...