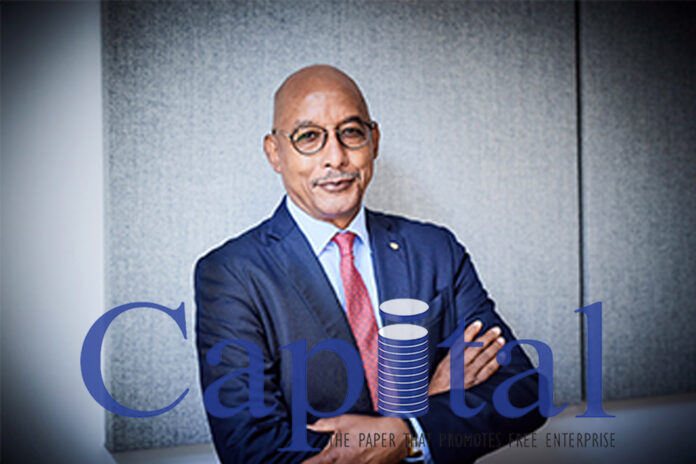 BY: KINGSLEY IGHOBOR
Book by Ibrahim Assane Mayaki
Many books on Africa’s development often paint a dystopian picture of a continent heading towards a cliff-edge. But in the recently-published Africa’s Critical Choices: A Call for a pan-African Roadmap, Ibrahim Mayaki details the continent’s potentials, proffers solutions to seemingly intractable problems, and compels the reader to believe in the possibility of Africa’s greatness.
Mayaki is the CEO of the implementing arm of the African Union, the New Partnership for Africa’s Development (NEPAD) Agency, which is currently being transformed to African Union Development Agency (AUDA). Fittingly, the book opens with a preface by Olusegun Obasanjo, a former president of Nigeria and one of those who championed the creation of NEPAD in 2001.
Obasanjo praises Mayaki for sharing “the lessons of a 40-year multifaceted career” with intellectual and moral vigor.
In the book, Mayaki discusses financing, the youth bulge, migration, climate change, good governance, among other issues. A recurring theme is that Africa can and should resolve its challenges. He writes that those who look for solutions to Africa’s problems from other regions of the world “implicitly… weakens the continent’s ability to influence its own destiny and that of the world.”
On climate change, the author canvasses a unified African voice at the negotiation table, in addition to learning lessons from industrialised countries and adopting appropriate mitigation technologies. He advises countries negotiating the exploitation of physical capital (land, for example) and other natural resources to ensure the best legal protections. 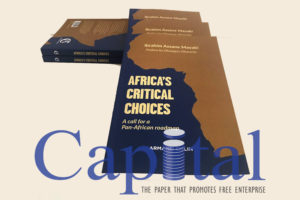 Mayaki posits that Africa’s problem is not a lack of financial resources but the absence of appropriate development strategies. He recalls a meeting he attended at the NASDAQ stock exchange in New York at which he discovered that African pension funds were awash with some $1.5 trillion capitalisation.
Mayaki uses data skillfully in the book. He writes, for example, that, “For each dollar of aid to a developing country, there is an illicit outflow of $10,” underscoring that Africa’s development challenges are as much a domestic problem as they are the result of corrupt practices of foreign companies operating on the continent.
The book is steeped in the author’s pan-African beliefs; he even devotes a section to a discussion of: “The path to collective emancipation.” That path, he advocates, is regional integration, which he touts as “our most ambitious political innovation since… the 1950s,” following the wave of decolonisation.
While he is enthused by the African Continental Free Trade Area, which entered into force in May 2019, he urges Africa’s gradual integration into globalization. The reader may see this latter point as a recourse to protectionist policies. However, he states that currently, “Africa trades twice as much with Europe than it does with itself.”
While Mayaki often gives speeches promoting women’s empowerment, the book does not include any substantive discussions of how this can be achieved.
Mayaki has a doctorate in Administrative Sciences, was a former Prime Minister of Niger and a university professor. A leading African intellectual-cum-technocrat would be expected to be wordy, but the 125-page book is breezy and refreshingly digestible.
The book is a wakeup call to Africa to make critical choices, although, surprisingly, the author recommends it essentially for future leaders. Still, current policymakers, development experts, researchers and political leaders will find it fascinating.