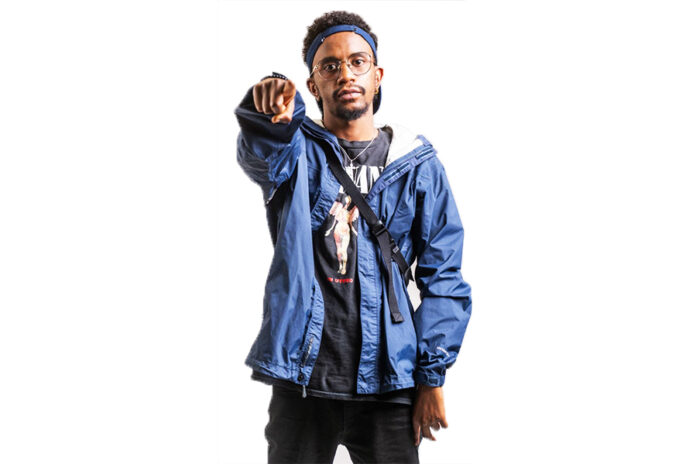 YIMRA is a talented young Ethiopian rapper who is not new to the music industry. He has been doing music for more than a decade, with 2 mixtapes out that have gained traction even in the United States. His artistic vision has proven to be one of the most anticipated among the youth. He incorporates elements of old school rap and hip hop with traditional homegrown sounds. He currently resides in Addis Ababa, Ethiopia. Capital sat down with this future icon for an insight of his music. Excerpts;

Capital: What made you start a music career?
Yimra: My music career started when I was 10. My brother played a huge role in that. He is the one that taught me how to rap. He and our neighbor Abiy used to freestyle sometimes. I even remember their first rhyme. It went like “Man, get your own life. Don’t take mine to impress your wife.” I started taking it seriously and began performing when I was 13. I owe my brother for this deep found inspiration. I even have a song dedicated to that story called I’m Still Here which is on my second mixtape, Good Vibes, and Celebration. My music is modeled after old-school rap and hip hop. The 90s influence is quite significant in my music. YIMRA is my real name but I like to think that it’s an abbreviation for Young Incredible Man Rapping Ambition. I think it is fate. It felt like love at first sight when it comes to rap. Two days after I heard my first rap I started scribbling my raps on a notepad. I have 389 written tracks so far. All of the tracks convey different emotions. I would like my audience to feel inspired by my songs. I am not in the game for the money. My goal in it is to make people chase their dreams. What makes me happy is knowing that I can at least inspire one person that listens. 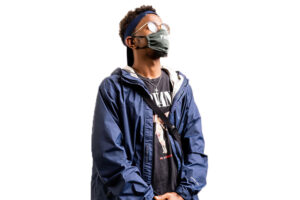 Capital: Which artists have influenced your music?
Yimra: Sadly they have all passed away because I take inspiration from old-school rap and hip hop. I’m wearing one of my biggest inspirations right now. This is Big pun (he expressed holding his T-shirt), I love Big L too and Biggie Smalls aswell. I admire 2 Pac’s storytelling through his music as well. I am heavily influenced by East Coast (New York) rap. It’s called Boom bap rap. I love storytelling in my tracks. This generation doesn’t appreciate that. Listeners nowadays gravitate more towards Trap music that hype up the flex culture. The lyrics don’t necessarily have to be deep or conscious. What I try to do is meet my fans in the middle by putting in lyrics that make you think over trap beats. I’m very attentive when it comes to my writing. I am extremely picky about what I put out. I have written all my rhymes. I can never rap lyrics that some other person has written for me. I can also never write for other rappers. My writing is too personal. As an artist, I believe that everyone should craft their material.

Capital: What’s your creative process?
Yimra: I have to be inspired to write. I write my best materials when I’m in a dark place in life. That’s why I don’t fear going through hard times. I know that I can make something beautiful out of it. I have to feel what I write.

Capital: What artists have you collaborated with?
Yimra: Tom Beatz has to be one of my favorite collaborators so far. We vibe with similar types of music and I think that made our artistic chemistry that much stronger. We click on another level. We have also developed a great friendship. I’ve known him for a few years now but we’re much closer now. What we do as artists is called Alchemy. I define alchemy as turning sadness and emotions into art. I’m planning to name my next album Alchemy as well.

Capital: We understand that your father passed away recently. How did that affect your music?
Yimra: It was an extremely difficult time. I couldn’t leave the house at all for a few months. I had already started the album and had a clear vision of the direction but I had to write more songs to properly address the emotions I was going through. I just kept writing and writing. In a way, his passing made me want to do more and better. Every single song I did, I wanted to improve the next one. Even on the same track, if the first verse was good the second one has to be even better. I poured my heart and soul into my new album. I have a song commemorating my father on the album as well.

Capital: How would you describe this new album, TROY?
Yimra: TROY means The Return of Yimra. It’s been 4 years since I dropped my last mixtape. I made this album with the goal in mind that it should represent Africa and not just Ethiopia. I think it will set the tone for excellence in music. I tried to make it more diverse by adding more cultural sounds, Amharic lyrics, a feature from a UK artist, collaborations with my fellow label mates at P.A.R.C with CallMeDaggy, Giday, Perasim, Henok, Kirubel, and Afro Habeshawi. Kassmasse is also featured in two songs. It has 18 tracks excluding the interludes. The tracks on the album tell a single cohesive story. It’s a new wave that’s about to hit the streets. We’re planning to drop it in May and it’ll be available on all platforms. I hope the fans are ready!

Capital: How do you think you’ve evolved as an artist since your last mixtape?
Yimra: When I listened to my old music and listen to the new one, I hear a clear difference. Flow-wise and lyrics-wise, I think I have improved immensely.

Capital:What has been your favorite performance so far?
Yimra: I used to do gigs back in China. I lived there for a couple of years and that was my only means of income. My first performance ever was at my high school carnival in Saint Joseph. It was a surreal experience for me because I had released a few songs before that and I sang one then. Everyone there knew the words to it and the crowd started singing along. That almost choked me up. I didn’t even expect that. I’d have to say that was my favorite. I won a few talent shows as well in high school. I feel like I belong on the stage. I am my true self when performing in front of a crowd. I am the happiest on stage. The performance that I am still longing for is a concert at night where the entire audience has their lighters up. My dream performance would be the Coachella stage.

Capital: What’s next for YIMRA?
Yimra: TROY is what’s next for me. I can’t wait to drop it. I can’t wait to see people’s reactions and feedbacks. I truly poured my being into this album. It surpasses everything I have done so far. I consider all my mixtapes and albums as my children. TROY is my favorite child. It will bew availavle on all streaming services.

Capital: What’s a message that you’d like to convey to your fans?
Yimra: Be you. Chase after your dreams. Don’t judge a book by its cover. Self-love is very important. A lot of the songs on the new album are about self-love. I also want my listeners to know that it’s never too late. It’s a marathon, not a sprint. I want them to live a better life than I did. I want to save them from making the same mistakes that I have.

Saint George faces Dicha in knockout round one fixture