“Musica Beyaynetu” a concert organized by the Italian Cultural Institute in cooperation with the Italian Embassy was held at the National Theater on Tuesday, December 10, 2019.
Two bands performed on stage, the Orchestra di Piazza Vittorio and the local Ethiocolor Band.
Orchestra di Piazza Vittorio performed its own unique songs for the first time in Ethiopia on the stage. The band represented their distinctive performance with textual and musical language, a mix of cultural dance, which attempted to keep different continents together with their culture sounds and history. Both bands performed together.

“Musica Beyaynetu” is symbolic of the many wonderful tastes of the Ethiopian beyaynetu dish and the many musical styles and cultures represented in the event.
Orchestra di Piazza Vittorio is a well-known Italian multi-ethnic orchestra that was created in Rome in 2002 with the desire to enhance the namesake piazza of the Esquiline in Rome, the multi-ethnic district of the city par excellence. Over the past 17 years, the band produced five records and performed over 1400 concerts all over the world. 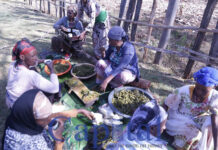 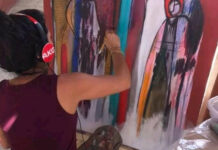 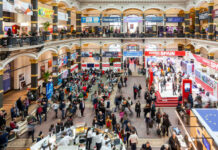