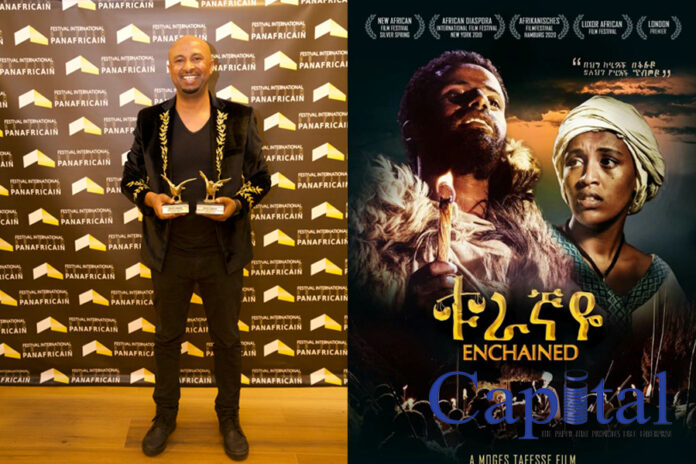 The Cannes International Pan-African Film Festival puts directors and their projects in competition held from October 19-24, 2021. During the Closing Ceremony of the Dikalo Awards 2021, the juries of the 18th edition awarded the best in each of the categories.
Filmmakers and their projects get to compete for a Dikalo Award over the course of the “Festival International du Film Panafricain de Cannes”. During the Closing Ceremony, the judge’s panel for this 18th edition of the Festival awards the best films in each of their categories on the 24th October, 2021.
The multi-award winner Quragnaye (Enchained) written and directed by Moges Tafesse and produced by Synergy Habesha Films and Communications is the official 2021 Dikalo Award Winner for Best Feature Length Fiction and for Best Actor / Best Actor Feature Length Fiction / Zerihun Mulatu in his role as ‘Gobeze’.
Quragnaye (Enchained)
A Historical Drama
Written & Directed By Moges Tafesse
Synopsis 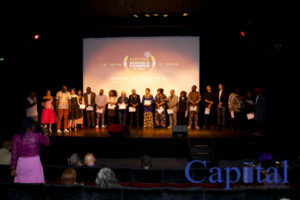 Gobeze, a timid, peace-loving, young man of 25; a brilliant student who dedicates his whole life to “Sem Ina Werq” riddles (literally translated to “Wax and Gold”, which are riddles with dual meaning). lives with the family of his betrothed, his childhood sweetheart Aleme, until one day when she is abducted and disappears. Consumed by his love, Gobeze becomes a “kolo temari” (a wanderer student) and searches for her for seven years. When he finally finds her, the two young lovers decide to run away together but are soon caught by Gonite, her husband. Neighbors stall the ensuing fight and an elder bind together the two men’s clothes, symbolically chaining them together, and tells them they must travel to the capital to stand trial in the queen’s court.
“Enchained” during their long 15-day journey – the two men can neither untie the knot that binds them, nor can they physically harm the other during their long travel – the men traverse a number of challenges so that the experienced litigator Gonite and the inexperienced student, Gobeze can stand trial before the court of Queen Zewditu to settle their dispute. At the royal court, they perform a traditional debate with double meaning and poetic riddles, and movement and gesticulation to impress the queen and the attendants of the open court.
Written & Directed by Moges Tafessa, Enchained, asks the question, “How far would you go to exact justice on a person that had wronged you? Would you take punishment into your own hands, or wait for the system to exact the appropriate punishment?”