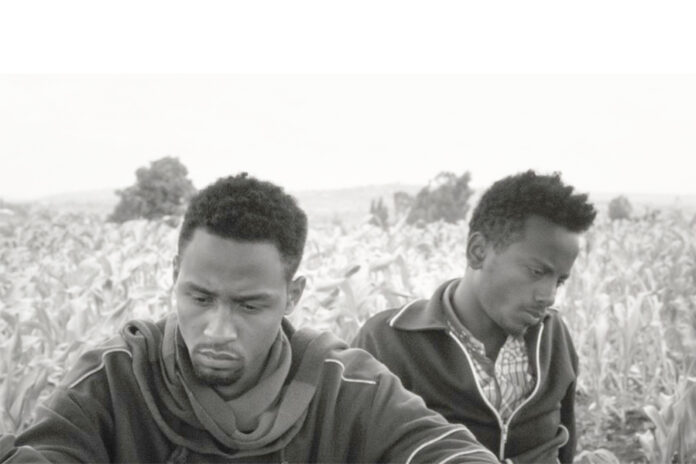 Filmmaker Jessica Beshir’s bending, swaying nonfiction journey “Faya Dayi” explores rural Ethopia by way of the production and consumption of the chewable narcotic leaf called khat an approach not in the traditional manner of an issue documentary or informational travelogue, however, but as a state of mind to be received. That drug, in other words, called cinema. Yes, there are harvesters, packagers and users speaking to us, and a camera that captures a community dependent on and wary of its grip. Yet in eschewing directness of intent for the artful massaging of space, sound and rhythm, Beshir’s film a very personal project for the Mexican Ethiopian director, which she shot over 10 years stakes a richer claim to our sense of the place and the effect of its most lucrative crop.
The black-and-white photography is tenderly textured even in its starkness, as evocative with a diaphanous curtain in sunlight as with people working at night, and the nature all around them. It’s also a melancholic indicator, however, that while this is a beautiful culture, it’s in the grip of a monochrome economy that’s swallowing everyone. “Everyone chews to get away,” one boy’s voice-over tells us. “Their flesh is here but their soul is gone.” The bustle of khat’s reaping in the fields, bundling in packed warehouses and selling on the streets is not unlike the plant’s stimulating effects one source of energy in the film, while interiors with transfixed chewers and ritualized users (it’s been a Sufi pathway to transcendence for centuries) create another mood entirely.
The heartbeat of Beshir’s film, though, is with its wandering young narrators people looking for a way out of a homeland they love and worry for. Her threading of their collective searching presence, like lonely guides navigating an encompassing, self-medicated haze, is what gives “Faya Dayi” its dignifying, transfixing intimacy and what renders it unlike any other documentary you’re likely to see.
(LA Times)