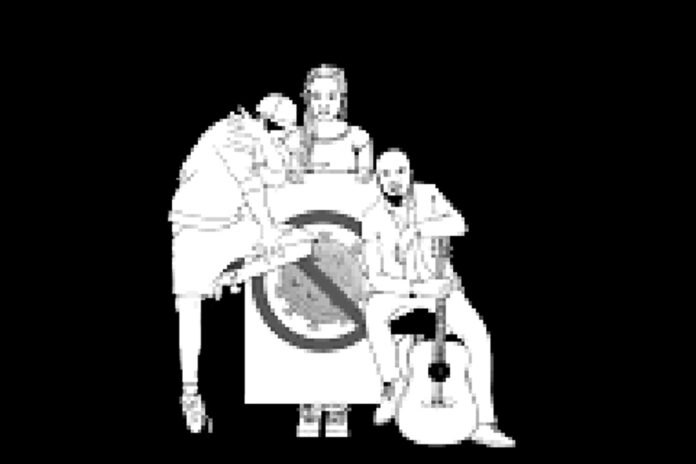 “We are at war against an invisible enemy/ For once, by keeping our distance we will be invincible/ I know you’ve always dreamed of being Superman/ But stay home, you’ll see it’s super, man” says the song Protect your Life, released by the Raised Fists collective of Nigeria to raise awareness of, and mobilize against, the spread of COVID-19 in Niger and across Africa.
As over 5,000 coronavirus cases were reported in West and Central Africa, the song was composed to express the spirit of #DontGoViral, the online campaign launched by UNESCO and the Innovation for Policy Foundation (i4Policy) on 1 April. The campaign crowdsources creative content and addresses the urgent need for culturally relevant openly licensed information in African languages to inform communities, in their own languages, about how to prevent the spread of COVID-19 and combat the “infodemic” spreading disinformation and misinformation about the virus.
Since its launch, the campaign has received more than 500 submissions from more than 40 countries in Africa. The campaign’s social media posts on Facebook and Twitter alone have reached more than 90 million people so far, and the videos have been watched by countless more through Youtube and messaging platforms, and heard on local radio stations across the world.
“The success of the DontGoViral campaign underlines the resilience and creativity of women and men on the African Continent to harness the power of cultural diversity to effectively combat the infodemic that is proving to be just as viral as the pandemic itself. Their contributions highlight the fact that cultural players are a much-needed part of the solution,” said Audrey Azoulay, Director-General of UNESCO.
Top tier artists from across Africa and the African Diaspora have joined the campaign, including Fally Ipupa, Timi Dakolo, Wale Turner, Stonebwoy, Reekado Banks, Les Freres Smith and Seun Kuti, Didier Awadi, and Youssou N’Dour, to name but a few.
In addition to “Protect Your Life” by the Raised Fists Collective, UNESCO’s content-rich and diverse #DontGoViral playlist, is updated regularly with new contributions. The playlist includes Bobi Wine and Nubian Li, a remix of Wine’s “Corona Virus Alert” by youth, Didier Awadi, Youssou Ndour, and the Daan Corona Collective, Les Freres Smith and Seun Kuti, Seroney, Siti Amina, Big Seush and AST, the Mukuru Youth Initiative, Goumour Ezza, Collectif 229, Msafiri Zawoze, Saintrick Mayitoukou, Pam Luster, and Mujtaba Alsedding. It also features live painting by Dhemian art, theatre by Kuwala Creatives, and information about COVID-19 in Sudanese sign language by the Sudan Story Lab, to ensure access to information for all, including those with disabilities.
UNESCO and UNHCR, the UN Refugee Agency, partnered with “Raised Fists”, an artist collective of seven committed singers gathered around rapper Danny Lee, to mobilize and raise awareness in Niger.
The result of this collaboration is the song Protect your Life, with lyrics in Djerma, Haoussa, Tamashek and French. “We hope our voices and that of Fulani Bororo singers, the nomadic people of the Sahel, will reach every cultural and linguistic region of Niger and even beyond our borders; through all of West and Central Africa,” says Lee.
The music video accompanying this powerful song was shot while in confinement, in Danny Lee’s studio, and in Niamey hospital to pay tribute to its staff which is working around the clock.
In filming the video, the collective also involved several refugees living in Niamey who are contributing to prevention. Appearing in the video clip, these men and women who fled conflict and war produce soap and bleach to be distributed among Niger’s most vulnerable communities, with the support of UNHCR and its partners. “This pandemic affects us all and it is by staying united, all together, that we will succeed in defeating it,” the collective says.
In Niger, a country that currently hosts around 500,000 displaced persons, UNHCR actively supports the government’s response to the pandemic, opening medical centres to isolate and treat patients in Niamey and distributing medical equipment and hygiene kits around the country. Supported by UNESCO, the “Protect your Life” song complements awareness raising initiatives across these communities.
“Refugees are essential actors in the public health response and a key element of social cohesion, including in the eyes of the population that welcomes them,” says Alessandra Morelli, UNHCR Representative in Niger. “Producing soap and other cleaning products, they become an integral part of the fight against the transmission of the virus. Our aim is for every refugee and every member of the host community to have locally produced soap, bleach and masks,” she adds.