The list of potential victims of the COVID 19 crisis, according to some analysts, includes the process of globalization itself. While crises are indeed moments for changes in the course of history, not everything is fundamentally different after the crisis has passed. Michael Zurn, Director of Research on Transnational Conflicts and International Institutions at the Social Science Research Center in Berlin, Germany indicated that the will be three conditions of fundamental change. Social science research shows us that social practices change as a result of a crisis when three conditions are met.
First, the practices in question must be seen as the cause or at least the aggravation of the crisis. Second, there must be alternatives to the previously established patterns of action that are feasible and not too costly. For example, during the ozone crisis, substitutes for chlorofluorocarbons (CFCs) that were the cause of the problem were able to establish themselves relatively quickly, because their development was not expensive. Third, a crisis is particularly likely to lead to change if the practices concerned were already in decline before the crisis. For instance, the Second World War led to a significant surge in decolonization, not least because colonialism had already passed its peak before.
Uwe Bott, Senior Economist argued that against this background, it must be doubted whether economic globalization will also become a victim of COVID 19. There is a simple reason for that. The virus as such is not a consequence of globalization but of the failure of, or over-reliance on, localization. In each case, the onset of the pandemic occurred locally and then spreads epidemically in the region. The global contagion map demonstrates this by the many, more or less thick circles, and each of which stands for a regional epidemic. It is true that the pandemic became global through the networking of regional epidemics. But the results differed widely, depending on the competence and intensity of local/national management of the pandemic.
However, the ability of the infection to spread from region to region did not depend on globalization. The transportation connections that had long been the hallmark of an interdependent world would have been sufficient for this. According to Uwe Bott, the only way for a virus to be confined regionally is to ensure that there are no more airplanes, trains or ships. But that would not be the end of globalization. Rather, it would represent a return to the 18th century. Even in 1831, cholera was able to reach Europe from Asia – and that despite a military cordon. This underscores that the causal contribution of the further push toward globalization that was undertaken in the 1990s and 2000s to the spread of the global pandemic is low.
Of course, there are alternatives to the present patterns of global production and supply chains. A partial renationalization of economic processes is possible. However, this would lead to increased costs and considerable welfare losses. When normalcy returns, the mountains of public and private debt will have grown everywhere. We will find ourselves in a global recession. The cost pressure will then be particularly high. However, it is important to realize that this is not an environment in which the prospects for globalization will decrease.
It is true that the production of protective masks and some medications may be rebuilt in many nation states. But these are special circumstances that are not suitable for generalization. It is also true that the pace of globalization was already slowing down before the crisis. But that is not the same as saying that it was actually declining in practice. Uwe Bott noted that a slower acceleration does not represent a reversal. That is also why it should not be compared to a decline. Economic globalization was at a high level before the crisis. The odds are that, give or take some modifications, it will probably return to that level after the crisis.
Therefore, caution is called for when prematurely proclaiming the end of globalization. After the crisis, some practical aspects will change. There will probably be more video conferences and fewer international business meetings than before. That would make sense. All the more so as during the COVID 19 crisis, many of us have intuitively learned the immediateness of video conferences. It is much easier to assemble a great group of people for discussion, if they just have to clear their schedule for a four-hour session, rather than traveling for most of a day on the front and back ends of such an event.
Michael Zurn stated that it is also likely that the virus will accelerate the death of local retailers and, by the same token, further increase the market share of Amazon & Co. That would be a pity. COVID 19 will also speed up the process of digitalization – and, better yet, more globalization, of education – since we found ourselves forced to adopt new digital practices. Perhaps the corona virus will also lead to the end of the handshake and the welcoming kiss as a social practice. We will probably get used to that as well.
Finally, as to supply chains, it seems unlikely that German or other companies will cut back foreign production facilities on a large scale. It is true that companies that depend on supplies from the Wuhan area ran into difficulties in February. But if their production facility or supplier had been based in, say, the German state of North Rhine-Westphalia, the problem would have arisen in exactly the same way, only a little later. Thus, much speaks for the fact that after the crisis is before the crisis. 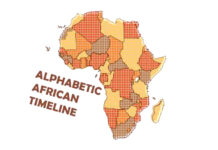