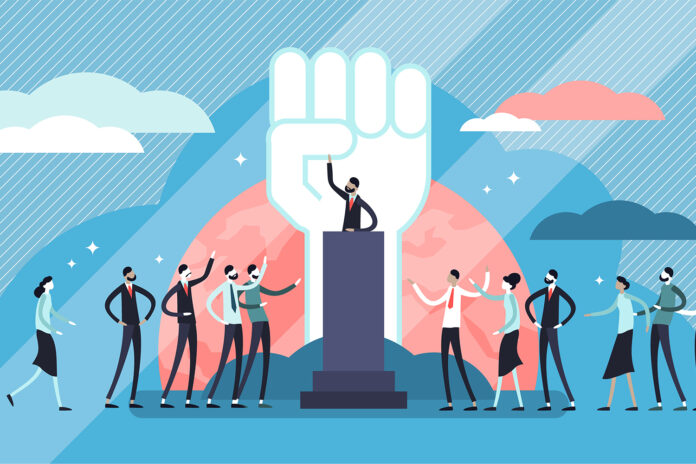 Uncertainty surrounding economic policy has been a topic of increasing importance over the past decades around the world. A multitude of events including wars, financial crises, and pandemics have pushed governments to respond in unprecedented ways, including large fiscal expansions, unconventional monetary policies, new regulations and a new legislative agenda.

At the same time, there has been a widening gap between political actors, parties, and coalitions. These gaps involve disagreement about broad economic policies, both in terms of the objectives of policy but also the means to attain them in response to any given crisis. As a result, the policy regime in effect depends heavily on which party currently has control of government and elections have come to be of primary importance when projecting the path of future economic policy.

Scott Baker of Northwestern University stated that elections represent a key source of uncertainty that can affect the investment, spending, and hiring decisions of both firms and individual households. National elections represent one of the clearest signals about the future of a country’s economic policy over the following years. In the months leading up to an election, policies are generally proposed by candidates and expectations about who may win the election may evolve rapidly.

In each of these elections, competing candidates offered starkly different policy proposals, and the change in leadership led to marked changes in economic policies. Many of the results of these elections were unforeseen even days before the election itself. However, elections are not always so dramatic or consequential. In the United States, voters did not see the two primary parties as especially far apart in the 1960s and 1970s. In contemporary Germany and Austria, voters do not see the policy proposals of mainstream parties of right and left as substantially different, and in fact, these parties routinely form “grand coalitions” with one another.

According to Aniket Baksy of Stanford University, voters’ perceptions of the parties in some Northern European democracies are becoming less polarized over time. Yet in the United States and several other democracies, voters have come to see the parties’ platforms as much further apart today than in the past, and they have grown quite hostile in their evaluations of the out-party. In the United States, Aniket Baksy noted a strong correspondence between the trend toward increasing polarization of Congressional voting behavior, increasingly polarized perceptions of the parties’ platforms, and a striking secular increase in policy uncertainty since the 1960s.

The classic political economy literature hypothesized that opportunistic incumbents would attempt to use fiscal and monetary policy to increase economic growth immediately before elections. However, this effect could easily be undone or reversed if policy uncertainty in the pre-election period leads to lower investment. Aniket Baksy Baker demonstrate that firms often adopt a ‘wait-and-see’ approach to dealing with uncertainty, ceasing investments and new hiring while they wait for uncertainty to resolve.

Steven Davis from Chicago Booth School of Business use OECD data since the 1970s to demonstrate that investments with high costs of reversal are delayed in the immediate pre-election period, especially when elections are close, and when the parties’ platforms are far apart. Steven Davis noted that economic policy uncertainty consistently rises in periods near elections. Across all countries, study finds increases of 13% relative to the months preceding or following the election period.

Focusing on more detailed data from the United States, study finds that this trend is not common to all elections. Many elections are associated with little change in uncertainty about economic policy. For instance, elections in which the electorate is not substantially polarized do not tend to produce as much uncertainty, suggesting that who is in charge is less impactful than how divergent economic policies might be in the case of a win. Moreover, elections that are not ‘close’ tend not to provoke substantial increases in uncertainty.

For these elections, expectations about economic policies from the winning party are likely already crystalized. Since polarization has steadily increased in recent years and presidential elections are more frequently close, election-related spikes in uncertainty have become an important feature of the country’s investment environment.

The Continental Free Trade Agreement and the private sector

Stronger partnerships crucial for successful implementation of SDGs in light of...

The United States military machine and the greenhouse gas emissions