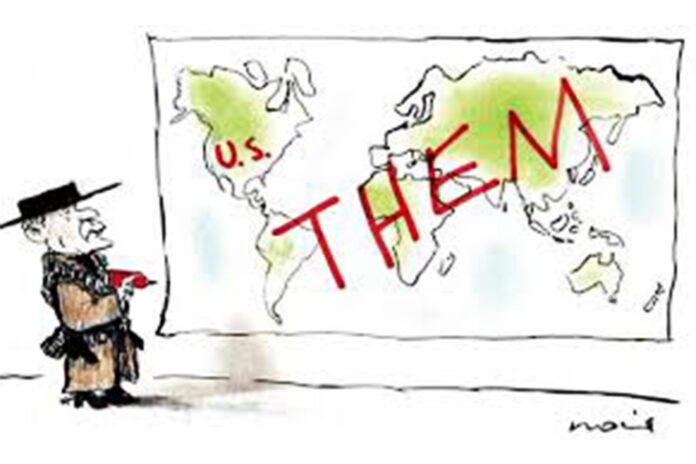 Triumphalism serves as an opioid for the Washington establishment. It can breathe easier if the, once upon a time justified, claims about the United States’ economic superiority are endlessly repeated. With the rise of China, Americans’ penchant to resort to triumphalist rhetoric about the United States is becoming ever stronger. Such recitations have traditionally also served as an opioid for the masses. Things might not be so great for oneself, but at least “we as a nation are still number one.”
According to Robert Atkinson, President of the Information Technology and Innovation Foundation in America, there are three main strains of triumphalist sentiment. The first comes from the United States foreign policy establishment, which cannot envision national decline under its watch. In its view, the United States is firmly ensconced as the “shining city on the hill.” While there may be occasional bumps in the road, such as the Trump presidency, nothing can keep the United States from fulfilling its pre-ordained destiny.
Harvard’s Joseph Nye, with his claim that “America may not actually be declining, but those predicting it are ascending,” is the patron of this group. A second camp are foreigners who look at the United States with longing and admiration, but often, lack of understanding. Joseph Joffe, co-publisher of the German weekly Die Zeit, and the author of “The Myth of America’s Decline”, is emblematic of this group. The third group are bankers and investors who view the U.S. economy through a distinctly financial lens and see nothing but success. But they ignore production in favor of financial metrics, especially the strength of the dollar and the stock market. And they are unperturbed in their rugged advocacy of shareholder capitalism, believing that strong financial metrics equate to a well-functioning economy and society.
The latest version of someone giving voice to this third point of view comes from Ruchir Sharma, the chief global strategist at Morgan Stanley Investment Management. In his article “Comeback Nation: U.S. Economic Supremacy Has Repeatedly Proved Declinists Wrong,” featured in the May/June 2020 issue of Foreign Affairs, Sharma tells a happy story, one that could only be told by someone on Wall Street. Indeed, the illustration highlighting the article shows two smiling, fist-bumping stock traders. For them and for Sharma, financial metrics, rather than production system metrics, determines success.
Sharma argues that the United States economy has never been stronger (leaving aside the COVID 19 economic crisis): “During the 2010s, the United States not only staged a comeback as an economic superpower but reached new heights as a financial empire, driven by its relatively young population, its open door to immigration, and investment pouring into Silicon Valley… the 2010s turned out to be a golden decade”. Mr. Sharma goes on to rhapsodize that, “For the first time since at least the 1850s, when record keeping began, the United States traversed a full decade without suffering a single recession.”
But this ignores the obvious fact that this growth came in the aftermath of the economic collapse of the 2009 Great Recession, which was so severe that of course there was going to be a long recovery. Besides, the business cycle is not an indicator of long-term growth, which is what really matters. Indeed, the single most important economic factor, the one that could actually lift more boats than just those of investors, is the rate of productivity growth.
The simplest indicator of the United States’ relative economic power is its share of global output. Sharma writes that the United States share has accounted for a steady 25% since 1980. That would seem to rebut of any declinist argument. However, to arrive at this finding, Sharma artfully plays with the numbers. He uses nominal GDP in United States dollars, while almost all economists and the OECD agree that using purchasing power parity (PPP) is the right way to compare the relative size of economies. And on that measure the evidence is clear: The United States’ share has fallen from around 40% after the Second World War to just 15% today.
Sharma also sees the 2010s as a golden decade because of the stock market performance. He writes, “Lifted by the strong performance of American technology companies, the United States stock market rose by 250% in the 2010s, nearly four times the average gain in other national stock markets.” To be sure, a strong stock market is good for investors, but what really matters is robust real output growth, widely shared. We don’t consume stocks; we consume real goods and services.
Finally, much of Sharma’s triumphalism comes from the fact that the United States population is growing faster than in other regions like Europe and Japan. In this regard, he is sadly stuck in a 19th century frame of mind. He writes that, “[the] more important United States advantage has been a relatively high population growth rate.” But any developed country can rapidly grow its population by simply adopting an open-borders policy toward developing nations. Immigrants will flood in in search of a better life.
Winston Churchill once said you can always count on the Americans to do the right thing, but only after they have exhausted all other options.