llicit financial flows are illegal movements of money or capital from one country to another. Global Financial Integrity (GFI) classifies this movement as an illicit flow when the funds are illegally earned, transferred, and/or utilized.
Just two days before the United States federal government shut down started on December 22, 2018, the United States Treasury Department published an important report about illicit activities in the realm of global finance. In a nutshell, its message is that our security is at risk. The 2018 United States “National Strategy for Combatting Terrorist and Other Illicit Financing,” is a coldly terrifying document. It shows that threats are probably escalating, while the responses by law enforcement worldwide are inadequate.
On the terrorist front the report reveals that, ISIS, for example, continues to raise funds to support terrorism. It obtains money from selling stolen oil, extorting funds from the people whose villages and towns it controls, the proceeds of crime as well as from United States citizens. The cash raised by ISIS, and other terrorist organizations, buys them arms and entangles them in an international web of corruption and organized crime. Despite ramped-up efforts by law enforcement, the new report provides no hope that the cash flowing to terrorists is being curtailed.
Frank Vogl, co-founder of Transparency International and author of “Waging War on Corruption: Inside the Movement Fighting the Abuse of Power” stated that the various state-sponsored networks, terrorist groups, perpetrators of large-scale cross-border fraud, including cyber crime, as well as drug-trafficking and other criminal organizations might be directed from headquarters beyond United States borders. However, many of their financial transactions go through the United States capital market and are skilfully processed through United States banks.
This is unsettling news. Global Financial Integrity reported that after all, efforts to monitor the trillions of dollars of financial transfers flowing through United States banks every year have never been more rigorous and sophisticated. And yet, the United States Treasury acknowledges that United States banks “generally may be unwitting and can encounter difficulties in identifying the underlying illicit actors given the information available to them.”
Major efforts are being made, according to the United States Treasury’s report, to strengthen intelligence sharing across the key departments of the United States government and foreign governmental counterparts. Even so, there is not a scintilla of evidence that the amount of illicit finance crossing the world has declined.
According to the Global Financial Integrity, the only comfort may lie in the fact that United States authorities have not increased their 2015 estimate that domestic financial crime, excluding tax evasion, generates approximately $300 billion of proceeds each year for potential laundering. Aside from the fact that this is almost certainly a most conservative estimate, it is also in and by itself a staggeringly high number.
By coincidence, the United States Treasury’s disturbing study has been published at the same time as an extraordinary book, “Dark Commerce-How a New Illicit Economy is Threatening Our Future”, by George Mason University professor Louise Shelley. Her research shows the deepening international ties between corrupt governments and organized crime. Their joint activities range from vast trafficking in people to ivory and counterfeit goods of all kinds.
All of this can only take place when the criminals secure the complicity of bribe-taking officials, from the helm of some governments down to border customs agents. Both Professor Louise Shelley and the United States Treasury underscore that the uses of crypto-currencies in illicit finance is increasing and placing an even greater challenge on detection and law enforcement.
The Treasury’s Financial Crimes Enforcement Network (FinCEN) estimates that, over the last two years, virtual currency transactions include over 1 billion dollar in ransoms are extortion funds. In addition, over 1.5 billion dollar has been stolen through hacks of virtual currency exchangers and administrators. Again, this may well be a conservative estimate.
The importance of Professor Louise Shelley’s book is that it not only deepens our overall knowledge of the scale of illicit crime and finance, and the extraordinary strategic security threats that are posed, but it forces us to consider the impact on world trade and legitimate commerce of counterfeiting.
In 2005, journalist Moises Naim wrote a powerful book called “ILLICIT – How Smugglers, Traffickers and Copycats are Hijacking the Global Economy”. Such pioneering work done by Moises Naim, now adds enormous detail about the world of fake products, from medicines and pesticides, to cigarettes and luxury goods of all types. The scale of such crimes is rising with the greater use of new technologies, social media and other means to market goods, steal and transfer cash.
The United States Treasury report, like Professor Louise Shelley’s book, point to security challenges that are given insufficient priority by leading United States politicians and the United States media. Maya Forstater, a visiting fellow at the Center for Global Development asserted that an important step in the right direction will be seen in coming weeks with legislation to be advanced in the United States Congress. Its intent is to provide the United States Treasury with powers to obtain comprehensive knowledge of the true beneficial owners of all holding companies investing in the United States, from those registered in the United States, British Virgin Islands and other offshore centers.
According to Maya Forstater, the legislation, promoted by The Fact Coalition, comprising more than 100 interest groups, has bi-partisan support and, significantly, the backing of leading banking associations who see it as a means of reducing their most substantial regulatory compliance costs. The proposed legislation should be viewed as an important first step. Far more needs to be done given the magnitude of the threats that the United States Treasury and Louise Shelley describe.
Maya Forstater seriously stressed that policymakers and the media, not just in the United States, but worldwide, need to wake up to the fact that the scale of illicit finance, and all the crimes it reflects, are a matter of the highest national security priority. Unless there is this appreciation, the problems and the threats will multiply.

Ethiopia says no to unilateral GERD talks with Egypt 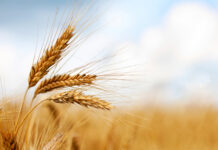