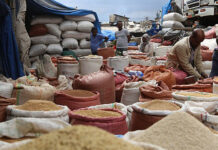 COVID 19 and the temptation to forecast the end of globalization