The demise for right-wing populism 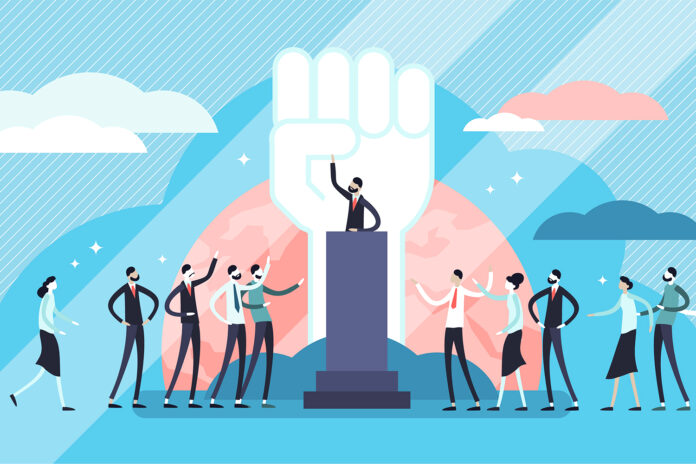 The decisive victory of the New Zealand Labour politician, Jacinda Arden, in her country’s recent general election confirms a significant global political trend away from the nationalist anti-immigrant right. Prime Minister Jacinda Arden is the antithesis of President Donald Trump, Prime Minister Boris Johnson and other “loud-mouth” immigrant-bashing rightwing populists. She channels a desire for a more balanced politics which seeks to include. Her approach stands in stark contrast to the “exclude and divide” mantra, which is the right-wing populists’ way of generating voter support via hostility to minorities, foreigners and international rules.
Also consider Thailand, where young voters are demanding change to a more tolerant, inclusive politics and are evidently no longer afraid by the military regime. There is also outrage in Poland at the hyper-cynical way in which the populist nationalist government abuses its political might, as well as its unconstitutional moves to control the judicial branch, to suppress the right of women to decide on what terms they might give birth to a seriously ill, deformed baby.
Denis MacShane, former UK’s Minister and the author of “Brexiternity: The Uncertain Fate of Britain” stated that since Joe Biden, the last 1968 generation politician still standing for high office who, at least in an American context, is progressive, defeats President Donald Trump, the ill spirits of the 2016 election will be well and truly exorcised. Of course, a President Biden would be demonized by all Trump Republicans and cast as a left-wing politician. He receives that charge just because he is a believer in government and committed to international rules and institutions.
According to Denis MacShane, for the last decade, populists have been in the saddle in quite a few countries. And in some of them, notably in Brazil, India and Turkey, they still are. At the time, academic commentators issued dark alarms that a new illiberal, anti-immigrant, even post-democratic politics was about to take over.
In 2018, Professor Matthew Goodwin, of England’s Kent University, proclaimed that “National populism is unstoppable. His influential book “National Populism: The Revolt Against Liberal Democracy” was not alone. All over Europe and the United States, political scientists were sounding the tocsin for any balanced, values-based politics.
Ludger Kuhnhardt, Director of the Center for European Integration Studies (ZEI) at the University of Bonn, Germany stated that there was endless talk about Marine Le Pen in France, Matteo Salvini in Italy, Geert Wilders in the Netherlands, the Alternative für Deutschland (AfD) in Germany, Golden Dawn in Greece and the Austrian Freedom Party. To the extent that they did not implode on their own through scandals, the establishment parties have sharpened their game to ensure that they stand up more effectively to the lures of the right-wing populists.
In Germany, the AfD’s support has shrunk considerably. And in France, Marine Le Pen herself saw to it that hard right-wing and neo-fascist elements were thrown out of her party. The Austrian nationalist populists of the Freedom Party were thrashed by the Austrian socialists last month in a key election in Vienna to control their nation’s capital city.
According to Ludger Kuhnhardt, Matteo Salvini hoped to make a breakthrough in Italy’s regional elections last month but lost out badly to moderate left and centrist parties. Leaders of Greece’s Golden Dawn immigrant-hating nationalist populists are now in prison, after key figures in the party were convicted in an Athens court of promoting violence.
Sensible middle-of-the-road politicians govern in the EU’s three Nordic member states of Sweden, Denmark and Finland as prime ministers. They are all social democrats, but offer a balanced political approach. The pandemic has exposed the hollowness of both of the populists’ punchiest suggestions.
They argued that, nations were submerged by immigrants and, that by adopting 1930s-style orthodox fiscal economics and deregulation, the economies would do much better. The world has seen foreign immigrant doctors and nurses putting their lives on the line to look after patient in hospitals. This includes Britain, with care homes in nearly every country is completely dependent on immigrant workers.
The EU has stepped up to the plate with a massive Keynesian spending program to combat the pandemic’s economic effects. As a result, the line from Marine Le Pen and Geert Wilders that all would be well in France or the Netherlands if only the EU did not exist has fewer and fewer adherents. Even in Britain, only 39% of those polled any longer think cutting links with Europe is a good idea.
To conclude, a defeat for President Trump will bury the populists’ spirit of 2016. Even if he wins a 2nd term, the good news is that the era of hard populism is fading. The political scientists and commentariat will have to put their thinking caps on to define the new politics.

The economics of electric cars and biofuels