Shihoko Goto, Senior Associate for Northeast Asia at the Woodrow Wilson International Center for Scholars recently stated that South Korea has been winning over international public opinion as a successful role model in keeping the coronavirus outbreak under control. It achieved this with its extensive testing and monitoring policies.
But now, as Financial Times reported it three weeks ago, by agreeing to sell 500,000 COVID 19 test kits for $9 million to the state of Maryland, Korea’s relations with the United States may have reached an unprecedented public opinion high. As nations grapple with the prospect of establishing a new trade order as they climb out of the post-pandemic economic slump, South Korea will undoubtedly be able to capitalize on its special relation with the United States East Coast state and beyond.
According to Shihoko Goto, Maryland Governor Larry Hogan’s decision to reach out directly to the government of South Korea and strike a deal with LabGenomics to purchase their kits has been heralded as a success by governors across the United States, including New York Governor Andrew Cuomo. But while other states will likely follow in Maryland’s steps and look to strike deals with specific countries on their own, it is worth noting that Governor Hogan’s Korean-born wife Yumi Hogan played a critical role in reaching out to Seoul and acted as a bridge between the two sides.
Shihoko Goto noted that the fact that personal relations played such a pivotal role in securing much-needed medical supplies is worth bearing in mind as governments look increasingly inward to protect themselves. Since the outbreak of the pandemic, nearly 80 countries, including member nations of the European Union as well as the United States, have introduced some kind of restrictive measures. Their goal is to keep healthcare devices such as ventilators and medical-grade masks for their own domestic needs. This happens much to the dismay of long-standing allies.
John West, Executive Director of the Asian Century Institute in Japan stated that with medical supplies becoming the most sought-after commodity amid a health crisis, countries that are opening up to exporting medical supplies are beginning to yield a new form of influence on the international stage. It has certainly been an effective way for Asian governments to expand diplomatic as well as commercial ties. Granted, China’s initial overtures in exporting medical equipment have actually backfired. Its suppliers have shipped too many defective ventilators, masks and other supplies to European markets. This has reinforced prevailing views of the unreliability of Chinese products, a reputation which the PRC had labored hard to overcome.
Taiwan, on the other hand, has elevated its standing on the international stage as it donated 10 million masks worldwide, including 2 million to the United States. Like South Korea, Taiwan’s ability to keep the spread in check and make use of big data in particular to monitor infections has been seen as one of the few successes in tackling the COVID 19 outbreak.
John West noted that new economic values are emerging as a result of the pandemic. Governments and businesses alike have been forced to reconsider what the priorities of the future global supply chain should be. This has become necessary because their inclination to focus too heavily on cost effectiveness and depending too much on the Chinese market has now backfired.
According to Shihoko Goto, Japanese Prime Minister Shinzo Abe, for instance, has taken one of the most notable steps to date to stave off the trend of over-dependence on China. As part of its stimulus package to jump-start the Japanese economy from the fallout of the COVID 19 outbreak, Japan has earmarked $2.2 billion to encourage Japanese manufacturers to shift production out of China and return to Japan or to move outside of China’s borders.
Even though multilateral corporations begin to focus on hedging risks and enhancing resilience as much as possible, keeping costs low also remains an important priority. In all likelihood, though, they will look increasingly towards sourcing closer to home rather than across continents. That will incentivize Asian companies to base more of their production sites in North America, if not the United States itself, to meet the demands of the United States market.
John West stressed that in that race, some United States will be more attractive than others for Asian companies. A total of 10 states, California, Texas, Illinois, Colorado, Missouri, Massachusetts, Connecticut, New York, Virginia and Florida, currently account for over three-quarters of FDI into the United States.
It is a well-known fact that international companies on average provide high-paying jobs. At a time when the United States is confronting severe unemployment, the race among United States to attract lucrative FDI deals will likely intensify. States like Maryland with a strong connection to specific countries may be able to help foreign investors feel more confident and certainly more welcome in doing business in the United States than dealing with the federal government.
The long game for Asian companies will be to reposition themselves in a global trade landscape that has already changed significantly since the coronavirus outbreak. As they seek to hedge their risks in operating in the United States market, how they are welcomed by individual states may well be as significant a factor as tax breaks and other financial incentives that may be offered. For United States governors, the race to attract the most lucrative deals from Asia may have only just begun.
To conclude, COVID 19 will likely also change trade relations among Asian countries themselves, as well as between the United States and Asia. This won’t just apply to dealing with China or the export and import of medical equipment.

The Asian world and international trade 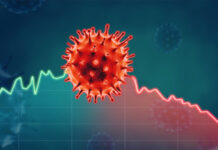 COVID 19 and the global economy

Having no capable goalkeeper appears not a problem to Abraham Mebratu