The anti-corruption watchdog, Transparency International publish every country’s Corruption Perception Index on a yearly basis. The 2018 edition was published few weeks ago. The index, which ranks 180 countries and territories by their perceived levels of public sector corruption according to experts and businesspeople, uses a scale of 0 to 100, where 0 is highly corrupt and 100 is very clean. More than two-thirds of countries score below 50 on this year’s CPI, with an average score of just 43.
It reveals that the continued failure of most countries to significantly control corruption is contributing to a crisis in democracy around the world. While there are exceptions, the data shows that despite some progress, most countries are failing to make serious inroads against corruption.
In this publication, Denmark ranks Number 1 as the least corrupt in the Transparency International 2018 Corruption Perceptions Index.But note this: Denmark’s leading bank, Danske Bank, has won the “2018 Corrupt Actor of the Year award” from the Organized Crime and Corruption Reporting Project (OCCRP). This is convincing proof that corruption, in its many manifestations, is universal.
Some of the countries that do best in Transparency International’s Corruption Perceptions Index, such as Singapore and Switzerland, ranked in third place, Luxembourg in ninth, the UK in 11th, and the United States in 22nd, are where kleptocrats and leaders of organized crime that dominate other countries and depress those countries’ social and economic development end up placing their dirty cash in banks, real estate, financial management firms, jewelry, gold and valuable art.
The Corruption Perception Index (CPI), from its inception in 1995, has been a poll of polls, drawing its rankings from diverse surveys that look, above all, at corruption by governments. This means that the prime focus is on public procurement, largely because that is where the money is, annual public contracting is estimated to be more than $9.5 trillion.
As its worst performers, the new Corruption Perceptions Index features countries at war and “failed states,” from Libya and Afghanistan to Somalia, Syria and South Sudan. These are indeed countries where corruption is so rampant that it features in virtually every aspect of daily life. Law enforcement in these countries has failed. These are also the countries where one finds the gravest humanitarian situations, involving many millions of people. The combination of overwhelming corruption, extreme violence and massive poverty, characterizes so many of the worst performers in the Corruption Perceptions Index.
Frank Vogl, Co-founder of Transparency International and author of Waging War on Corruption: Inside the Movement Fighting the Abuse of Power seriously argued that with this predictable charade, the, basically unchanging, data calls for a major international response. It must address the multiple acute ills in a comprehensive manner, a response that involves the United Nations, the leading Western governments and the many dedicated charitable organizations that are determined to assist. Such a coordinated response is absent today.
Frank Vogl noted that thankfully, at least a modicum of change is underfoot. Rarely before have we seen as many citizen-driven public protests against corrupt regimes as we see today, from Zimbabwe (ranked 160 out of 180 countries in the Corruption Perceptions Index) to Democratic Republic of Congo (161), to Sudan (172), and to Venezuela (ranked 168) where the Trump Administration has suddenly woken-up to the scale of chaos in the country and is now striving to oust the current regime.
Recently, we have seen anti-government protests, for example, in Hungary and Romania, ranked respectively at 64 and 61. The activism of citizens against corruption and anti-democratic regimes is contagious, but the cunning and greed of the kleptocrats continues to be formidable, all the more so when the media is being censored and activist pro-democracy groups face mounting intimidation.
Frank Vogl further noted that the international community faces difficult challenges as it seeks to side with the citizen protests against the kleptocrats. There is the constant risk that international pressure assists in forcing out a viciously corrupt government, only to see sometime later that a new and corrupt government takes office. Zimbabwe seems a case in point.
There is a definite need to raise priority attention to this problem at the United Nations and in major transatlantic summit meetings. The problem has become all the more serious in terms of international security because the kleptocratic regimes are increasingly winning support from the governments of Russia and China.
But this is not just about pointing fingers in other countries’ direction. According to Frank Vogl, a key part of the problem is the double standard mentioned at the outset, that some key countries with good marks on corruption perception are key destinations, and profiteers, of all these corruption shenanigans.
The 22 ranking of the United States is probably accurate when it comes to public contracting, but it fails to reflect the extraordinary range of corruption across the highest levels of the President Trump administration, or the excessive influence of special interest groups on United States elections.
The new Corruption Perceptions Index should be used to stimulate fresh and urgent discussions about combatting corruption, reducing humanitarian catastrophes and enhancing security. And, these discussions dare not overlook the roles that the “cleanest” countries in the Corruption Perceptions Index play in illicit finance. 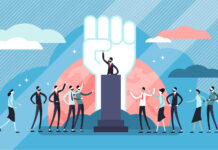 Ethiopia hopes to get bigger slice of South Korean investment 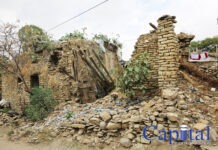