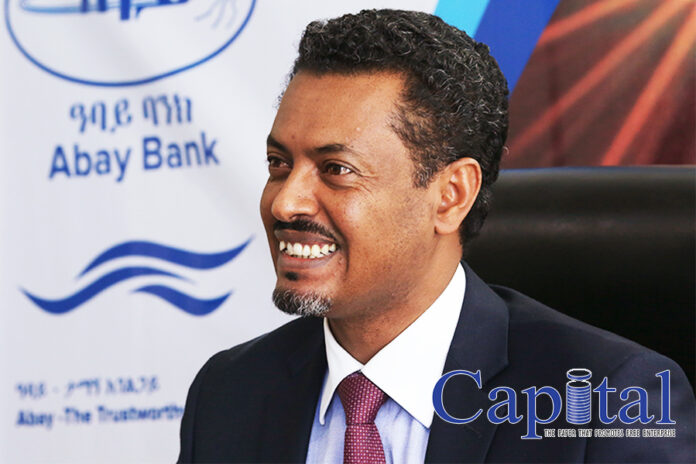 Abay Bank has dominated the 2020/21 financial year with a bounce back in profits recording homerun success by surpassing a billion birr in gross profit whilst the net profit registers one of the biggest growths in a single financial year.
According to the annual report that was issued a week ago, the bank has registered massive success in all forms of activities in the 2020/21 financial year.
At the center of deposit mobilization, Abay has achieved remarkable results during the year. The annual report indicated that during the year the bank mobilized additional deposits of 7.8 billion birr from both conventional and IFB sources.
As of June 30, the aggregated deposit attained was 23.9 billion birr which ballooned by 49 percent from the previous year’s balance.
For the year, the conventional and Abay Saadiq, IFB, deposit mobilization has increased by 48 and 71 percent to reach 22.6 billion birr and 1.3 billion birr respectively.
“During the review period, the deposit position of savings and demand has registered growth of 50 and 68 percent against their respective record of the previous year to reach birr 18 billion and 5 billion in that order,” the annual report stated.
The huge success on expanding the deposit mobilization is reflective of the loan disbursement that increased by more than two thirds.
For the year the loan and advance disbursement has expanded by 72 percent compared with the preceding year making the aggregate amount to be 20.1 billion birr.
According to Abay Bank’s Board of Directors report, in the end of 2020/21 financial year the total availed loans for conventional banking business stood at 19.6 billion birr. The Abay Saadiq customers have also secured a financing service of 538 million birr.
The outstanding loan and service at the 2019/20 financial year was 11.7 billion birr.
In the financial year that ended June 30, 2021 the bank earned a total income of 3.4 billion birr, which exceeds its performance of the previous year by 63 percent, the annual report revealed.
Similarly, the expense has skyrocketed by 56 percent to reach 2.3 billon birr.
However, the expense expanded since the deposit interest increased with other expenses like the operational and salary costs, the bank enable to achieve over a billion birr gross profit for the first time.
According to the annual report, for the 2020/21 financial year a gross profit before tax of 1.15 billion birr was secured, which increased by 80 percent or over a half billion birr compared with the performance ended on June 2020.
In the preceding financial year, Abay’s gross profit before tax stood at 640 million birr. It can be recalled that the 2019/20 performance of the bank regarding profit before tax was slightly reduced compared with the 2018/19 financial year that was 683 million birr. While the profit after tax was almost the same that was 501 million birr in both the year ended in June 2020 and June 2019.
According to the annual report Abay’s Bank profit after tax has stood at 847 million birr from 501 million birr of a year ago. The increment which is a boost of 69 percent or 346 million birr will go on record as one of the biggest growth rates in the financial industry.
Similarly, the earning per share has also increased by almost 24 percent from 26.9 percent of the 2019/20 financial year to 33.3 percent in the year that ended last June.
As of June 30, 2021 the bank’s total asset has attained 29.9 billion birr with an increment of 9.8 billion or 48 percent in a single year.
“One of the drivers behind the expansion of the Bank’s assets is the growth in loans and advances availed to its customers,” the Board of Directors annual report explained.
In the reported period, the bank’s paid-up capital stood at 2.8 billion exhibiting a 30% growth from the record of the previous year, while the total equity of the bank attained 4.2 billion birr.