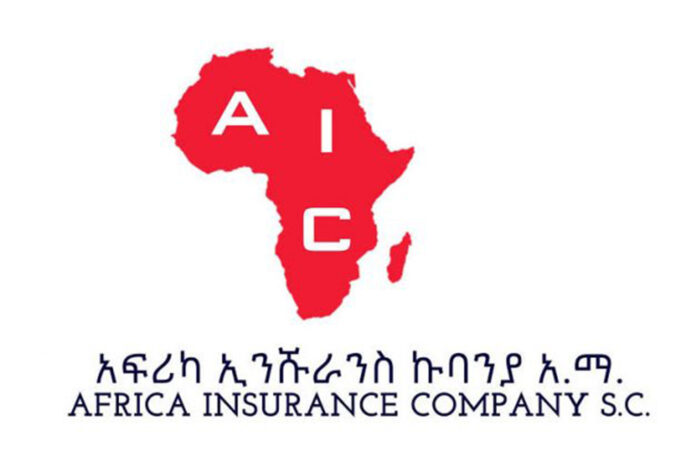 Africa Insurance Company is back on track with 16 folds of earnings per share growth and lower claim settlement in the 2019/20 financial year.
The insurance company that is one of the oldest private insurers since the market reopened early 1990s has disclosed that in the past financial year it has achieved higher performance in most of its operations.
The annual report of Africa Insurance Company, which was established in 1994, disclosed that the firm has been able to climb its earnings per share to 254 birr from 16 birr of the 2018/19 financial year. The earnings per share growth stood at close to 16 fold or 1,600 percent.
In the reported year, the claim settlement has dropped by 17 percent or 86 million birr compared with the preceding year performance which is unusual in the insurance industry.
The decrement of claim payment is not common for the sector in the country; in contrary, claim settlement is growing every year, while the performance of Africa for the stated year was different and even shows significant reduction, which is 17 percent.
In the 2018/19 financial year the company had been paid over half a billion birr and stood at 509 million, but in the 2019/20 financial year the amount has decreased to 423 million birr in the general class of business.
At the same time for the long term insurance class of business, the company paid close to 11 million birr for claim, which was close to 16 million birr a year ago.
According to the annual report, paid claims for motor, fire, engineering, liability, pecuniary and workmen’s decreased by 95.5 million birr in total, while accident and health, marine, political violence and weather index paid claims increased by 9.7 million birr.
During the financial year, a gross written premium income of 574 million birr was registered from both general and long term businesses, while the lion share that was 553 million birr was aligned with the general class of business.
Meanwhile, the general class of business premium collection has shown increment. Its growth pattern has stood at three percent or close to a 17 million birr increment compared with the preceding year. Despite the premium growth rate looking very dormant in the 2019/20 financial year, the company has been able to achieve better growth rate compared with the 2018/19 growth rate that was 2.6 percent.
From investment income, the company secured close to 111 million birr that includes 34 million birr of interest income generated from deposit held in banks, and 16 million birr and 52 million birr from investment in shares and rentals respectively.
The company expense in the year has climbed by over 12 million birr or 10 percent compared with the preceding year. In the year, the general and administrative expense stood at 129 million birr.
The paid up capital of Africa that opened two more branches in Addis Ababa and Jigjiga in the reported year to stretch its branches to 34 has reached 180.3 million birr from 165.3 million birr a year ago.
Its total asset has reached 1.4 billion birr, while the liability stood over a billion birr.
The company, which has two huge buildings around Bisrate Gabriel and Bole net fixed and intangible assets, has surpassed 315 million birr.
For the year, the company has secured 58 million birr profit before tax, while the profit for the year after tax has climbed to 45.7 million birr from a 2.8 million birr loss of the 2018/19 financial year. This is a boost for the insurer which had the worst period in terms of loss for the 2018/19 year since the insurer is known as one of the top three most profitable private insurers in the country.
Similar to earning per share boost, the profit after tax of the company has also climbed by 16.3 fold or 1,632 percent compared with the preceding year performance.