The Afar region now sports a five-star hotel. A soft opening was held for the state of the art 600 million birr facility on Saturday February 16.
Afro Tsion Construction owns and built the hotel that will be managed by Kuriftu Resorts. Located in the region’s capital, Semera, the hotel behind the airport has 144 rooms and four presidential suites on nine floors. It has four restaurants, two bars, two halls capable of holding 400 people, shops for travel agents and gifts, an open air terrace, gym which includes an Olympic standard swimming pool, tennis court, and ample parking.

Sisay Desta, CEO and owner of Afro Tsion told Capital that he decided to invest a lot of money into the region. “I first worked here as an engineer about 24 years ago. My first private project in 1999 was in Afar so I want to do something in the area since it is where I got my start. The region is also a major tourist destination, but it does not have enough hospitality facilities,” he said.
According to the CEO, the regional administration started asking him to invest in the sector when guests came for the Nations and Nationalities Day celebration in December 2017.
“After they asked us we built bed rooms and received guests that came for the ceremony, and after that we started preparing a project and now most of it has been accomplished except for part that will be completed in a few months,” Sisay added.
So far the hotel has cost half a billion birr and in the end it may be 600 million birr. The total area of the hotel is five hectares.
“We are prominent and manage huge projects in the country but we have left the management to the skilled people at Kuriftu, one of the top hospitality companies in Ethiopia. The contract we have with them is similar to international companies,” Sisay said.
At the press conference held in relation with the soft opening Tadios Getachew, founder of Kuriftu, said that they have trained the staff for over a year at

Kuriftu owned hotels like Beshoftu and Semera.
Afar features Dallol, a place with the lowest elevation in the world, Erta Ale, active magma volcano, Afdera Salt Field, Alo Lobed, the site of the cradle of human kind, and parks with a variety of wildlife.
Awol Arba, president of Afar region, said that the region considered the tourism sector one of the major centers of the regional economy.
He appreciated Afro Tsion, saying the hotel will attract others to invest in the hospitality industry. The hotel construction took only 20 months which people at the opening found impressive.
Afro Tsion has also received an additional four hectares of land at Alo Lobed, 23km from the regional capital. Sisay said that he will establish a recreation facility at Alo Lobed, which is a location with natural streams and with eight volcanic hot lakes. Currently the place is visited by tourists and individuals because they find it healthy. There are no other attractions there besides the natural streams.

Controls that set you free 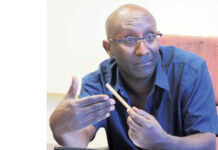