The Gambela Health Bureau states that the HIV prevalence rate has risen from 0.8 percent to 4.8 percent, or nearly 5 out of 100 people.
The Gambela region, has seen its 480,000 population nearly double from an influx of 380,000 South Sudanese Refugees.
According to a source in the Bureau some South Sudanese refugees are being forced into prostitution further contributing to the problem.
Many clans practice non-monogamy and seldom use condoms which places people in a high risk category for contracting the disease. The highest rate of HIV is among the Mezenger people although the rate has been increasing in the Anuak and Nuer Tribe as well. Women are being infected more often than men.
“The Health Bureau staff have been working hard but we have had difficulty achieving tangible results because people are reluctant to change their behavior. Among some ethic groups husbands encourage visitors to have sex with their wives or for their children to have unprotected sex with multiple partners.”
Adolescents between 13 and 18, in the region often contract HIV/AIDS and seem unaware of the risks involved with unprotected sex, according to the source who added that politicians and elders in the region should do more to increase awareness and encourage behavioral change.
“Unless the elders in the region see this as a problem we will not be able to make a dent in the HIV rate,” the source said.
Around 90 percent of the people in Gambela are subsistence farmers who sell some produce in local markets. Others cultivate coffee or explore for gold as in Dimma Wereda. In Alwero-Peno Wereda there are state owned farms which mainly grow cotton.  There are also Malaysian and Chinese companies exploring for oil. The Anuak grow crops, hunt and fish and the Nuer raise livestock. Pressure on the land has increased as the population has doubled in the last 25 years and some has been sold to foreign investors such as those from Saudi Arabia who use the land for rice farms. 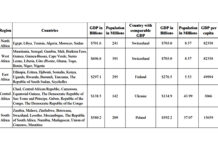