The African Union Mission in Somalia (AMISOM) has developed a document that will provide an effective framework for the gradual transition of security responsibilities to Somalia’s security institutions.
The Concept of Operations (CONOPs), which will guide AMISOM’s activities and operations for the 2018-2021 period, marks the final phase of the AU Mission’s transition and eventual exit from Somalia.
The action-oriented document, once approved by the African Union and senior defence officials from troop contributing countries, will mark yet another milestone in the Mission’s quest for a peaceful and democratic Somalia.
Speaking at the closing of the five-day meeting held in the Kenyan capital, Nairobi, the Special Representative of the Chairperson of the African Union Commission (SRCC) for Somalia, Francisco Madeira, hailed the document and expressed optimism that it will deliver.
“We want to produce a document that is workable, a document that is in a position capable of producing the expected results and we are very much optimistic that we will do it,” said the SRCC who is also the head of mission.
The Concept of Operations (CONOPS) 2018 workshop looked at the Mission’s Somalia transition plan vis-à-vis the political and security situation in the country, emerging from decades of civil strife.
Participants at the workshop included the Mission’s staff, officials of the Federal Government of Somalia, and representatives of African Union based at the Addis Ababa Headquarters in Ethiopia.
The document is AMISOM’s intent regarding plans and aspirations that will culminate in the scheduled 2021 one-man-one vote elections and consequently the transfer, gradually, of the security responsibilities from the Mission to Somali security forces.
“This is a very important undertaking and endeavor because it marks a crucial step in a very crucial moment we find ourselves in our efforts in Somalia,” Ambassador Madeira observed, noting that the document is a product of “hard-work and open and frank discussions”.
The workshop looked into the issue of the Mission’s military component and analyzed how it is working towards delivering a “safe” Somalia to its people.
Resolving the problem in Somalia, the SRCC noted, requires more than just the military approach and AMISOM is towing that line.
“Security is not just a matter of shooting Al-Shabaab but it is also a matter of extending our hands to those elements of Al-Shabaab who for whatever reason had slid into violence and extremism and now are willing to abandon that path,” the SRCC explained.
The SRCC exhorted the Mission’s partners, troop and police contributing countries and all Somalis to “put our hands together” to ensure that peace and security is returned in the country.
Ambassador Madeira thanked Kenya for hosting the meeting.
In his speech the representative of the Government of Kenya at the meeting, Maj Gen Adan Mulata, told the participants that an all-inclusive engagement was key to the Somalia peace effort. This, he noted, requires the stakeholders to understand the dynamics facing Somalia and the change the country deserves.
Gen Mulata, who is the Assistant Chief of Defense Forces in charge of Operations, Doctrine and Training, noted that the document produced at the workshop is intended to place Somalia on a path of recovery.
Once adapted, the CONOPs 2018 “will guide the collective actions of the international community to augment activities of the Federal Government of Somalia towards the achievement of (the country’s) transitional plan.”
Gen. Mulata reiterated Kenya’s commitment to supporting the African Union and AMISOM towards achieving lasting peace and stability in Somalia. “We shouldn’t think twice, we shouldn’t blink” in helping Somalia, he added.
As regards the proposed military drawdown, the Kenya military chief said that whereas the exit was inevitable, stakeholders should be cautious, taking into consideration the conditions on the ground. The country has to be left in the hands of people capable of pursuing peace and recovery, he noted.
“Let us talk about meaningful change in Somalia not blame-games and fault-finding,” Maj Gen Mulata said and added that there has to be common objective, collective effort and clarity in order to rebuild Somalia

The Facilitator that Delivers

Crazy food prices to be investigated 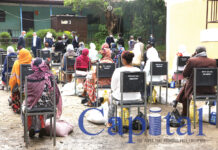 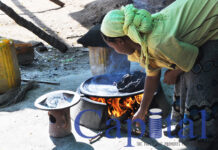 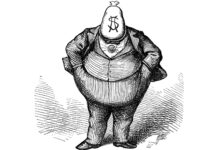