A group of people who bought homes from Access Real Estate, a developer who has been in turmoil for the past decade, are insisting that the government help them obtain their homes as opposed to considering other options.
The petition, signed by 325 home buyers, asked the government to intervene so they could obtain a home at the actual cost they paid years ago to Access Real Estate.
Access, who was able to amass a huge amount of money from over 2,500 home buyers within a limited time frame failed to transfer a single house.
In the past five years the company has experienced more difficulties since the company’s founder, former board head and CEO, Ermias Amelga left the country after he was unable to transfer houses or refund the money to clients. He also sent checks to some of the home buyers which then bounced.
In the meantime the government has gotten involved in the chaotic situation at the request of the home buyers some of whom are out of the country. The government has played a crucial role in getting Ermias to return. He is believed to be a key to a solution while the case is still in limbo.
When Ermias returned from Dubai after the main committee, which is formed by the order of the PM and includes top government officials, intervened, the company and representatives of home buyers, proposed that Access Real Estate construct houses for all home buyers via partnerships with other international companies without any additional funding from clients.
However, the founder disagreed on various issues including settling the balance payment for the former owner of Imperial Hotel, who sold the property to Access and transferred it to Metal and Engineering Corporation (METEC), a military affiliated engineering firm.
According to the information Capital obtained a week ago some home buyers, who recently signed a petition pleaded with PM Hailemariam Desalegn to have the government to establish an independent caretaker/trustee board overseeing construction of their homes.
Bekele Woldemichael, who legally represents 168 home buyers under the contractual agreement with Access/Pacific Link and Demekirstos Zemene, two of the four individuals that signed the cover letter of the petition that was sent to the PM told Capital that they want their homes built without spending an additional penny.
“We know that the audit report stated that the company’s assets are positive which means the company has the capacity to construct the homes,” Demekirstos, who came to Capital office to express the home buyers’ position, said.
Sources close to the issue said that most of the home buyers who paid the entire price of the home prefer that they get a home without any additional cost.
The audit report carried out by the Audit Services Corporation and submitted to the Ministry of Trade on April 7, 2017 indicated that the company had collected 1.3 billion birr. The major share or 1.16 billion birr came from home buyers.
The company states that the amount the home buyers paid five to ten years ago is now not enough to construct the house they agreed to in the contract, which means they need to pay more because the value of the money is not the same now. However, Bekele counters that contractual agreement has to be honored. “We have a right to get the benefit as per the verdict,” Bekele, whose represents a group of home buyers who purchased homes at a site called Pacific Link and obtained a verdict in the courts, told Capital.
The 325 individuals demanded to receive their houses without any more funding.
“The number of home buyers who signed the petition will be increased if we get the others involved,” Demekirstos argued. He also said that the individuals who paid the full amount would take the majority of the money collected from home buyers.
They claim the main committee of home buyers is not representing them and argue that this will help the housing debacle get resolved.
“We disclosed to the government that we don’t agree with the decision of the main committee and it does not represent us,” Demekirstos said.
Two weeks ago the main committee of Access home buyers visited the Ministry of Trade office to discuss why it has taken so long to find a solution to their problem. Since they appeared without an appointment they did not have enough time to express their concerns, but Bekele Bulado (PhD), Minister of Trade, agreed to meet them on Wednesday January 10 at the MoT Hall. The committee and Bekele met that Wednesday. Sources told Capital that in the meeting the minister promised to solve the problem as soon as possible.

New format for next year 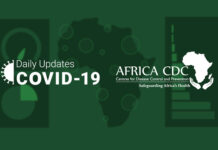