Ethiopian Association of Civil Engineers (EACE) vows to fight theft from the construction sector that has been associated with the profession of civil engineering.
This is said while the Association conducted its 22nd General Assembly and hosting a technical workshop at the UNECA conference hall, under the theme “The role of Civil Engineering Profession towards overcoming the expected Grand Challenges Ethiopia faces by the year 2050” last Saturday January 4, 2020.
“White elephants become growing, from time to time in the construction industry; deep engagement to redefine and change the perception of the profession is order of the day” said Tesfaye Workineh, president of EACE.
The need to strengthen construction audit was one of the four papers presented during the assembly in the presence of Kalid Abdurahim, State Minister of Ministry of Urban Development and Construction.
“The construction sector should fight corruption to deliver projects that are up to international standards and stand the test of time,” Prime Minister Abiy Ahmed said at the opening ceremony of the second National Construction Sector Movement at UNECA on the 2nd of January. 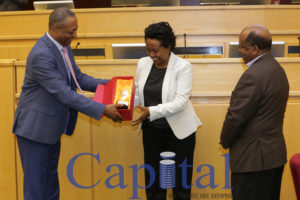 The absence or scant attention given for contraction audit significantly hurts the country’s economy mentioning failed grand and emblem projects.
“Luck of strong construction audit both at the system and project level, brought undesirable consequences instead of add values” said Professor Shiferaw Taye, co-founder of Ethiopia 2050 Grand Challenges and Opportunities and advisor to Minister of Urban Development and Construction.
According to Prof. Shiferaw, the government still gives little attention for construction audit that has a huge impact to deter or minimize the failures of various projects including meeting the quality of the infrastructure.
Construction audit had started four years ago and it is established under a directorate level at the ministry which professionals take as a signal of less attention paid by the government.
Construction audit is nothing rather “trust but verify’ that adds ample values to the industry through positive influencing that address the entire implementation of and delivery process, he adds.
EACE is also actively participating in the 2050 grand challenges and opportunities in construction industry where they advised the industry to led and managed through relevant and informed knowledge per the master plan and roadmap established for the purpose; not through instinct alone! Where all actors and stakeholders work positively towards the development of the Industry and where they are accountable. 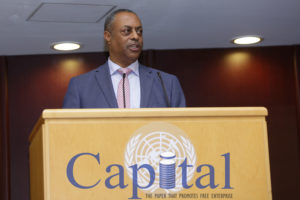 Lack of perceived benefits cause many teachers to skip certification exam... 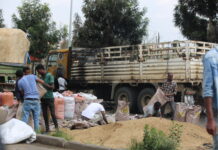 Exporters call on MoTI to speed up prosecution of unethical traders