The Addis Ababa Transportation Authority (AATA) has completed an assessment of the market, impact and incidents of accidents of the three wheeled vehicles known as the Bajaj. They are now planning to impose a new tax and increase regulations.
The new tariff will be based on the passenger capacity of vehicles, the market, the operational cost, and environmental pollution. It is expected to be implemented before the end of this Ethiopian year.
In places like Kality, Asko, Summit , and Jemmo people are currently using more Bajaj to take people from the main road to gravel or cobblestone roads by their homes.
A random recent sampling of AATA in five sub cities in Addis shows that over 5,500 Bajaj are working in the city. They charge from 2.50 up to five birr to transport people around 2.5 km. They carry approximately 635,000 people every day.
Seven years ago the authority stopped giving licenses to these vehicles saying they did not meet the standard of a mass transport vehicle.
However, some vehicles which were licensed in Oroimia, SNNP, Amahara and other parts of the country are working illegally in the new condominiums and villages which are found on the outskirts of the city. Miteku Asmare, head of AATA told Capital that new regulation will also determine how and where the vehicles will be working in Addis.
“We will have a broad discussion with the owners of the Bajaj about the place they will be working, the price, and the licenses. Then we will formulate a standard working procedure. This hopefully will be finished in a few months.’’ The increasing population on the outskirts of cities has caused the price of the Bajaj to double. On average, the price of a three wheel vehicle in 2012 was around 66,900 Br in 2012. It now costs 120,000 birr.
Data from the Ministry of Transportation indicates that as of last fiscal year 14,793 Bajaj are legally working in Amahara, Afar, Harar, SNNP and Ormia. Of the legally registered vehicles 2,132 are working in Amahara 2,302 in Afar, 536 in Harar,4,671 in SNNP and 5,152 in Oromia. If all of the unlicensed bajaj are included the number could be as high as 200,000.
Currently Indian and local investors assemble the bajaj in Ethiopia. Their first Ethiopian appearance was in Dire Dawa. At the time, the inner cities and towns had transportation systems dominated by minibuses or horse-drawn carriages. In random surveys people claim to earn between 300 and 500 birr per day operating a Bajaj. Bajaj Auto came into existence in India as Bachraj Trading Co Ltd in November 1945. Currently, the company distributes its products in 16 countries and dominated the Ethiopian market until 2014.
However, in 2014, the brand found itself in the middle of a court battle. Individuals and companies who were involved in the import and trading of the Bajaj brand were accused by a public prosecutor of one billion birr in tax fraud.
New brands that are now the most visible in the market, such as Piaggio and TVS, are seeing that demand is outstripping supply. 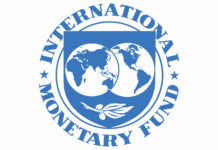 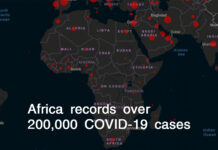