Ever since the Prime Minister’s call to join ‘dine for the nation (Ethiopia)’ event that will be hosted to raise funds for the rehabilitation of three tourist destinations, banks have shown their solidarity in supporting the project.
This week alone three private banks have announced their support to the project. Two of the three banks on Wednesday, October 7, 2020 namely; Wegagen and Birhan bank have announced their support to the project. On behalf of Wegagen Bank, Abay Mehari, president of the bank, informed journalists that the bank has decided to give 10 million birr to support the project. 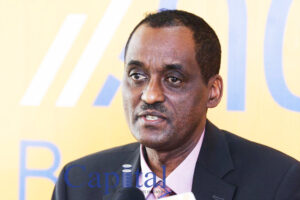 Birhan Bank also announced that the bank has allocated 20 million birr to attend the gala dinner in support of the project
Oromia International Bank, the third of the lot, has announced on Thursday the 8th of October that it will contribute 10 million birr to the cause.
“This pledge will go a long way in supporting the beautification of the project, widening of the tourist sites, restoring natural resources and creation of attractive recreational options across the country. Furthermore, it will create job opportunities as well as income opportunities to the society at large,” stated Abraham Alaro, President of Birhan Bank. The same sentiments were also echoed by Teferi Mekonnen, president of Oromia international Bank.
The three rehabilitation tourist destinations are located at Gorogora in Amhara Regional State, Wonchi in Oromia Regional State and Koisha in Southern Nations, Nationalities & People’s Regional State. The fundraising activity to finance the development of the three major greenery and beatification projects is under an organized committee, which is responsible in mobilizing resources for the construction of the projects. 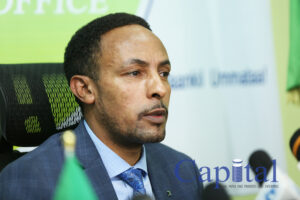 Different investors, enterprise, financial institutions have purchased tickets to attend the event. The diaspora communities have also started depositing to forex accounts to support the projects. Moreover, government employees at different levels have been committing their monthly salary for the cause. Recently, Ethiopian insurance company also supported the cause by offering 30 million birr to the project.
The Prime Minister clearly stated that the resource mobilization will continue until the target of 3 billion birr is achieved. Last year the Prime Minister served the “Dine for Sheger” event which was a project that was successful in the beautification of Addis Ababa.