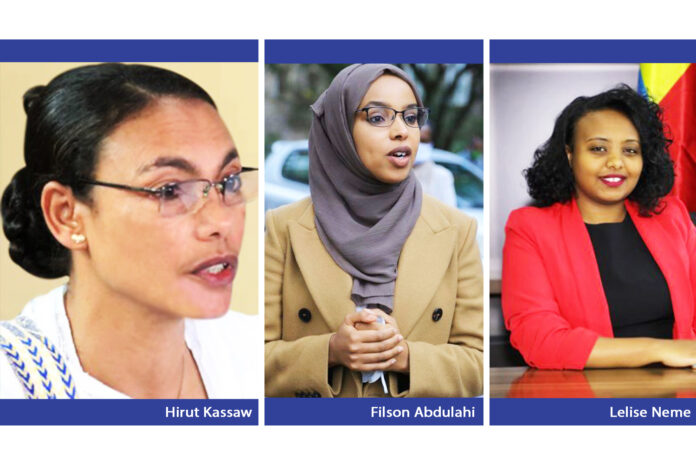 Different governmental offices and divisions have started to set up police forces in order to provide protection against attack and vandalism following different political unrests in the country.

In June 29, the assassination of the popular Oromo singer, Hachalu hundessa, in Addis Ababa triggered violence in many places of Oromia region. Hundreds were killed both by security forces and by civilian perpetrators moreover there was massive destruction of property, tourist attraction areas, investment areas and huge displacement had ensued after the incident.

As reports indicate, the major victims in the society were women and children, tourist attraction areas in the region including hotels and lodges, and huge investment places.

According to Lelise Neme, EIC commissioner, The Ethiopian investment Commission (EIC) is working on how to avoid similar vandalizing of investments by protesters.

She indicated that in collaboration with the Ministry of Peace, the government is also working to establish an ‘investment police’.

“By collaborating with ministry of peace we are working to establish a police force called as investment guards to protect investments,” she explained.

Similar to the commission, the Ministry of Culture and Tourism is working to establish the ‘tourism police’ which is expected to be active in the current fiscal year. The ministry has disclosed that the force will be established in collaboration with the federal police commission to protect the tourist attraction sites, hotel and lodges as well as tourists from damages by individuals as a result of political unrest and protest.

Recent crimes against tourists and tourist destinations has continue to receive international attention. As a result, the travel industry has been placed in the position of allocating its scarce resources to convince tourists that it is safe to travel. The security issue has necessitated the tourism industry’s viewing of law enforcement agencies as a vital component within the industry.

“As part of the women, children and youths, the ministry in its part is moving to establish a police force to protect women and children,” stated Filsen Abdullahi, Minister of Women, Children and Youth.

“We are cooperating with regional and federal police to select specifically dedicated police forces to protect women and children,” added Filsen. The minister also informed Capital that the force would be trained domestically.

According to the Federal Attorney General, attacking minorities in parts of the country observed that 160 people had lost their lives died whilst 360 people had sustained injuries as a result. In addition, 4.6-billion-birr worth of property was damaged as a result of the violence instigated in Addis Ababa and Oromia.

In response the government detained thousands, including prominent politicians it accuses of involvement in the violence. The security force presence in many towns in the region has increased since then.

The Federal Attorney General said it has charged 2,000 individuals alleged to have participated in various ways in the protests and violence following the killing of, Hachalu Hundessa.

Ethiopia ranked 118 out of 126 countries on rule of law

Federalism – common sense will eventually prevail, even within TPLF