Bunna Insurance 2020/21 performance surpasses its projection in all aspects of insurance activities.
The insurance company that conducted its general assembly on Saturday November 20 stated that on the reported year its activity on written premium, underwriting surplus, profit and other activities has surpassed the projection set earlier in the year.
According to Bunna Insurance’s annual report, during the financial year that ended on June 30, 2021 it has been able to collect 335 million birr in premium. The amount of premium written for the year has climbed by 22 percent compared with the projection that was 274 million birr. Similarly, the amount has seen a growth of 34 percent compared with the same period of 2019/20.
“While looking at our 12 months performance in terms of classes of businesses, over target achievement is registered on political violence and terrorism (PVT), pecuniary, fire, liability and motor classes of businesses by performing 295 percent, 32 percent, 27 percent, 26 percent and 17 percent over the target, respectively,” the annual report elaborates.
The marine class of business stood over 3 percent of the projection, while the PVT that was recently introduced in the Ethiopian insurance business has achieved almost three folds of the expectation.
Commonly on the insurance business in Ethiopia, motor stood at the top in terms of annual production by taking 55.5 percent of the total premium followed by liability, PVT and pecuniary that took 12.2 percent, 9.8 percent and 9.7 percent respectively. 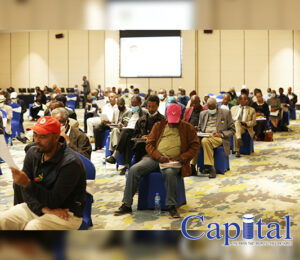