Castel Group has taken a 58 percent stake of the budding brewery Zebidar as part of a deal with Belgian brewery Unibra S.A.
The brewery is located about 166km south west of Addis Ababa at Gubre Woreda around Welkite town of Gurage Zone, SNNP. It began making beer on January 5, 2017. So far shares have been purchased by Jemar, an Ethiopian Company with over 1,000 Ethiopian Shareholders, and Unibra, the major shareholder.
Last March Castel Group, the owner of BGI Ethiopia, the biggest brewery in the country, and Unibra announced that the Belgian firm would transfer its 58 percent share at Zebidar Brewery to the French company.
Zebidar was established 15 months ago with an investment of 1.2 billion birr and an initial capacity of producing 350,000 hectoliters per year. It featured a unique pull-off cap bottle.
According to a statement from Castel Group, Zebidar has now joined, effective March 28, Castle Group’s four other breweries in Ethiopia. This transfer will enable Zebidar to reinforce the presence of the Castel Group in Ethiopia and to consolidate its activities in the south and south west regions.
Currently GBI has diversified its breweries, including; south Ethiopia at Hawassa, 275km of south of Addis Ababa, in north Ethiopia at Kombolcha, 376km of Addis Ababa in Amhara region in addition to its factory in the heart of Addis Ababa city around Mexico Square.
Recently, BGI took complete ownership of Raya Brewery located at Maychew town, 667km north of Addis in Tigray region. Initially BGI was the major shareholder at Raya by taking 42 percent, while it has now taken the remaining 58 percent of the share by investing 2.5 billion birr.
In its statement the French beverage giant said “the Castel Group presence in Ethiopia for the last 20 years confirms its strategy to bring growth and to develop its activities in the country.”
It is not yet been disclosed whether Castel Group will negotiate with the remaining 1,100 Ethiopian shareholders that have a minor share in Zebidar.

The cost of trademarks 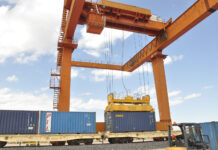