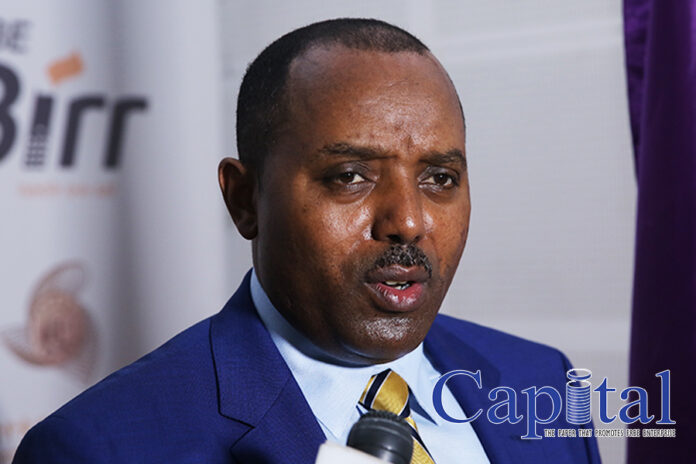 The Commercial Bank of Ethiopia generated 55.8 Billion birr income in the third quarter of the current fiscal year 2020/21. The bank earned 13.4 billion birr profit before tax during its 9 months overall performance.
From interest income, the bank gained 46.5 billion birr, while 8.8 billion birr was obtained from charges while 231 million birr from was got from other services.
The bank has raised its incremental deposit to 102.7 billion birr which is 82.4percent of its target of 124.6 billion. The bank has grabbed 101.1 billion birr incremental deposit from the private and cooperates which is 99.8 percent of its goal which makes the private deposit to 698 billion birr. According to the bank, private deposited shares account for 97 percent of the total deposit.
In the last nine months of the fiscal year, the bank has grown its deposit to 698.2billion birr from 595.5 billion birr. The total deposit of the bank has reached 698.2 billion birr, explained the president of the state giant bank.
The bank has collected 36.9 billion birr in repaid loans over the past nine months, which is only 54 percent of its target. On similar lines, 67.3 billion birr loan has been distributed to its customers over the nine month which is 67.8 percent of its goal.
He said the bank has provided over 67.2 billion birr in loans and bonds, adding that special attention should be paid to the fundraising.
In the first nine months of the current budget year, 62 new branches were opened and an additional deposit of 886 million birr was collected. The total number of branches has been increased to more than 1665. In the last nine months, 4.27 million accounts have been opened and the total number of deposits has reached 29.37 million, Abie Sano explained.
The Commercial Bank of Ethiopia’s nine-month performance appraisal was held in the presence of the Board’s Board of Directors, management members and other participants.
The President of the Commercial Bank of Ethiopia, Abie Sano, who opened the conference, said the implementation of the major goals and strategic measures in the first nine months of the current budget year are encouraging.
Abe recalled that the bank had planned to collect 2.7 billion USD in foreign exchange in the first nine months of the current budget year.
Deposit growing significantly, customer account, digital transaction growth, significant strengthened liquidity, review its structure and maintain profitability are listed as success while loan collection, FCY generation and COVID-19 were listed as challenges that the bank has faced during the last nine months.
“Fundraising will continue to be a major focus of the bank, adding that human resource development, the implementation of various technology projects, consolidated loan repayment, reduction of bad debts and COVID-19 are among the issues that need attention” said the president.