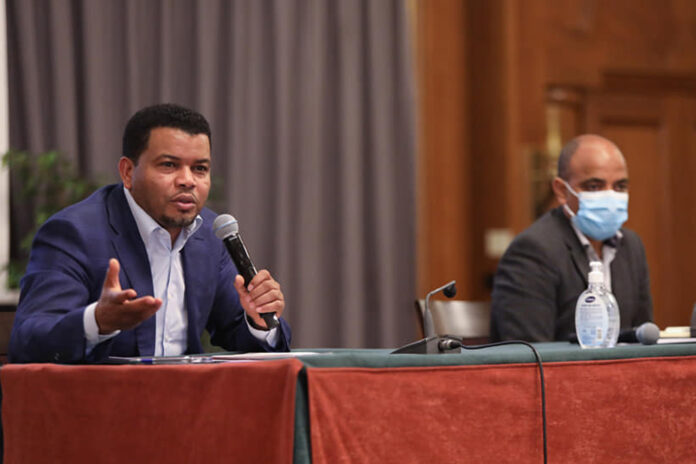 Addis Ababa City Administration has announced the commencement of Land Audit and Registration scheme in a bid to tackle land grab.
The Deputy Mayor of Addis Ababa City Administration, Takele Uma has told city officials to take immediate action in granting farmers, who owns farming lands in the city’s surrounding areas, with a legally binding land title deed.
The city Administration will give title deeds to lands owned by farmers after they are registered because they are prone to be affected by land grab. The land audit and registration drive will be backed by technological advancements in partnership with Ministry of Science and Innovation, according to Mayor’s Office.
The Deputy Mayor urged Sub-City officials to begin issuing title deeds to farmers as of Monday, August 10. Furthermore, he said that he wanted to see each of the respective sub-city official’s announce immediately the commencement of issuing a title deed. The registration of lands owned by farmers will be completed till October 10, 2020.
In related development the Addis Ababa city administration generated 35.12 billion birr revenue from tax and other activities in the 2019/20 budget year. As the report of the city administration to the council indicates the figure has shown a 7 percent decline from the target which was 37.6 billion birr.
As shown on the report the income was generated from direct and indirect income tax and municipality fees.
The city administration collected 25.93 billion birr from direct tax and 8.3 billion birr from indirect tax and 541.8 million birr from municipality fees.

The African Union Assembly concludes with aim to achieve Agenda 2063