The Addis Ababa City Administration Housing Development and Administration Agency will launch a new housing scheme on plots collected from city dwellers who agreed to be part of a new housing project.
In the past eight months in its ‘Base Solution Project’, Gojo Marketing Service has registered willing residents of the city who have a title deed of 500 meter square and above to include them in the new housing scheme based on its pilot project agreement with the Housing Development and Administration Agency.
Nadew Getahun, General Manager of Gojo, said that initially the idea was discussed with the Ministry of Urban Development and Construction which accepted the case and transferred it to the Addis Ababa administration, who is trying to slash the housing problem in the city.
“Based on our discussion with the city officials, the Housing Development and Administration Agency they have given the green light for Gojo to come up with 1,000 title deeds to be part of the standard of the housing project via apartments of at least 60 houses with G+12 floors,” Nadew said at a press conference held at Ethiopian Sky Light Hotel on Thursday July 11.
He said that based on the go ahead, Gojo has registered dwellers, which are willing to give their title deeds for the project and part of the development with several benefits. “In the initial stage we have transferred all the documents of the 1,000 plots to the city agency, who is interested in coming up with more options,” he explained.
Based on that an additional 700 plots were registered and the documents have been transferred to the city agency. According to statement from Gojo Marketing Services, so far two million sqm of plots have been registered from 1,700 title deeds and transferred to the city administration, who will organize a residential housing association of people looking for their own house to begin building on the plots.
Based on the pilot strategy and design about 60 residential houses will be constructed on every 500 square meter plot, while members of the associations associated with every project should pay an initial payment that will transfer to the original title deed owner and settle the lease payment and well performed contractors selected by the city administration will manage the project.
Banks are also expected to be part of the project in their financial scheme to cover some costs that will be settled by residents on long term manner.
Residents willing to share their plot will also have additional houses on their plots without additional payments like other members of the association.
“In the trends that we observed the government takes a plot and transfers to developers and provides a replacement plot to initial owners. I have been a victim of such kind situations, while our project will give a solution from displacement and provide additional options for the housing,” Nadew told Capital.
In the land collection process the biggest plot registered was 63,000 sqm located around Gotera and the minimum rate is 500 sqm.
Yeka and Bole Sub Cities are major areas that have a large number of plots.
Based on the scheme up to 300,000 residential houses will be built, while the city administration shall collect about 2.1 billion birr from leases and business centers in the buildings.
According to Nadew, the pilot scheme shows that it shall facilitate further plots for the government without displacement that the city government will follow a similar trend in the future since it will access plots for its own housing schemes on a mutual benefit basis.

The World Catches Up With African Women 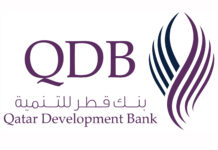