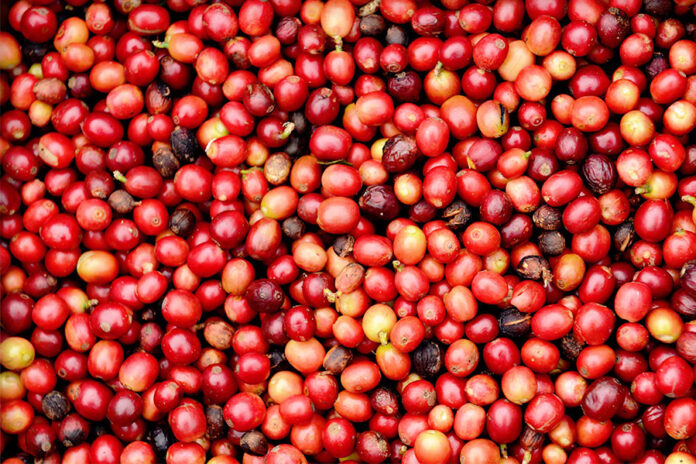 Ethiopia has earned 425 million dollar from export of 112,614.84 tons of coffee and spices in the first four months of the Ethiopian fiscal year.
The Ethiopian Coffee and Tea Authority explained that during the first four months of the fiscal year, it had planned to export 97,144.42 tons of coffee and spices with target earnings of 317.44 million USD. In actuality, it exported 112,614.84 tons which is 16 percent higher than planned garnering earnings of 425.0 million USD which registered 134 percent of the plan.
As the authority disclosed, the comparison from last year same period revealed that the revenue had shown 188.91 million dollar in increase which is 80 percent greater as the volume grew by 40,814.28 tons or 56.84 percent compared to same period of the previous fiscal year.
In the month of October alone, the country has exported 91.46 million dollar worth of coffee, tea and spices. This was also higher than the expectation which was 71.74 million dollars from an export target of 22,444.06 tons of coffee and spices. The country has export 23,694.18 tons showing 6 percent increase while the earnings reeled in 127 percent of the plan.
Compared to the same period last year, the revenue has also shown an increase of 44.41 million dollar and 94.39 percent by 8,782.57 tons or 58.9 percent.
The Authority has placed Germany, Saudi Arabia and Belgium as top three destinations for Ethiopian coffee during the four month period, which started on July 8, 2021.
Accordingly, Germany imported a total of 27, 874.10 tons or 26 percent of the total coffee from Ethiopia, resulting in 90 million dollars or 22 percent from the total in revenue.
Following Germany was Saudi Arabia which imported more than 15, 928 tons or 14 percent of coffee bringing in 53.40 million dollar or 13 percent of the revenue.
A net worth of 46.43 million dollar and 11,023.14 tons has been exported to Belgium which is 11 percent of the total revenue and 11 percent of the export.
U.S, Japan, South Korea, Italy, China, France and Taiwan ranked from 4 to 10 as top 10 destinations for Ethiopian coffee in terms of revenue generated which account for 83 percent of the total and 82 percent of total income, according to the authority. “Overall, these top 10 destination countries showed an increase of 77 percent in revenue and 94 percent in revenue compared to last year.”
The performance has shown impressive records with both the export volume and value exceeding the target set for the four months
With deteriorating political crisis in Ethiopia, Africa’s biggest coffee producer, has not been disrupted in exports and growers expect another record year as foreign rivals struggle.
The nation exported 250,000 tons during the marketing year that ended July 31, earning a record 910 million dollar, according to authority figures. Ethiopian coffee exports are forecasted to reach 280,000 tons in the current fiscal year generating 1.1 billion dollars.