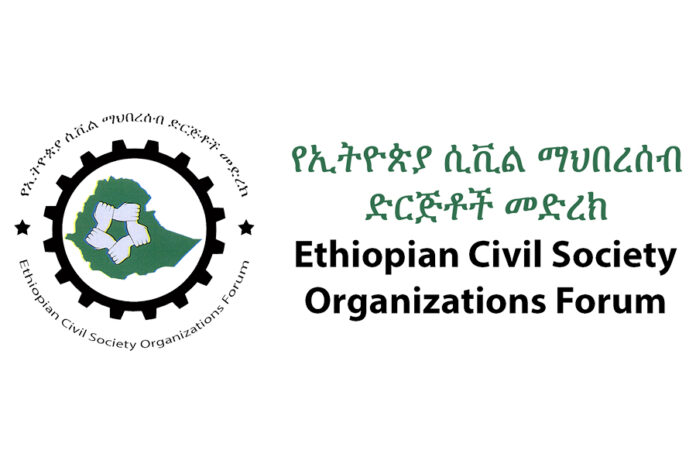 The Ethiopian Civil Society Organizations Council’s Executive Committee requests the international Community, Government, CSOs, Stakeholders, Private Sector, Media and Citizens to be deliberate over the roles that they play with regards to the current situation of the country.
“The war that has been going on between TPLF and the Ethiopian Defense Force has resulted in adverse effects that should be addressed with utmost care and without delay. As a result of this war, lack of peace, instability, displacement of myriads of women and men, including children and the elderly, have been observed in the different regions of Ethiopia,” said the council in its statement.
“Since the war started, the international community has been taking wrong stands and measures that did not rationally take account of the realities which have already put the Country and the lives of its people at stake,” added the statement.
“Unnecessary threats of sanctions and embargoes have been directed on Ethiopia with the very aim of pressurizing the Government to stop the war and settle the dispute through negotiations, while no visible effort is seen to have been made to exert the same pressure on all the conflicting parties. However, the impositions have not brought about the desired result as they had planned them. As a result we call upon the international Communities and Countries to come one step forward to really understand the reality on the ground and refrain from taking unnecessary measures to jeopardize the lives of millions of Ethiopians,” the Council opined.
The Council appreciated regional organizations including the African Union for its endless efforts and contributions that it has been making to fairly address the current situations of the Country.
“Its efforts have brought about a change as AU has been discharging its duties in impartial manner and has continued to be committed to work hard to restore peace and stability in our Country to do more than ever to support the overall effort the Government is making to restore peace and stability in Ethiopia,” the Council remarked.
As the Council stated some present fake news with misleading information with the aim of damaging personalities, distorting facts, and spoiling the Country’s image since the very day the war started. “The behaviors of some international media have also been seen to be far from being observant of fair and ethical reporting whereby deliberate and unsubstantiated reporting have been observed,” the Council blasted.
“We denounce international and some local media which have been providing false information to our people and we urge all media, mainstream social media, to comply with journalism ethics to discharge their duties accurately, impartially, by being fair, accountable and responsible. We Ethiopians live together in harmony and support one another despite our creed, religion, culture and languages,” said the council in its statement adding its readiness to help the people who are in need. “We also would like to reiterate the importance of protecting our Country and its people from possible danger that is hovering over them.”