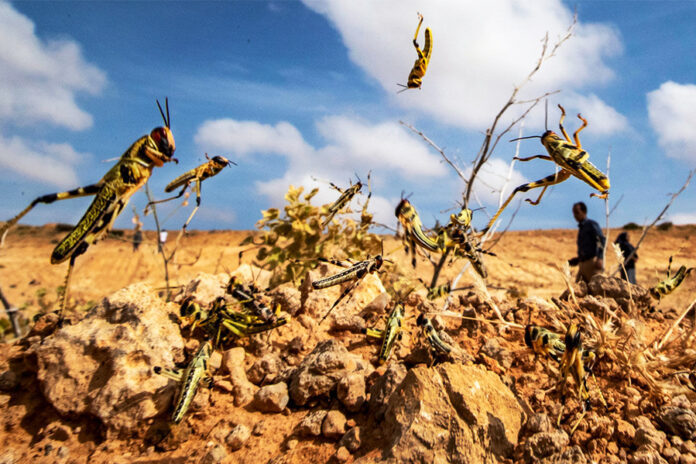 Swarms of desert locusts have arrived in North East Ethiopia, according to a report by the Food and Agriculture Organization (FAO) on Thursday, July 8, 2021.
Immature swarms of desert locusts have migrated from Somalia to areas in southern Djibouti and Eastern Ethiopia. More infestations are expected to appear in Afar along the eastern ridge of the Amhara highlands, and additional swarms have been spotted in the area near Ayasha. Some swarms may also arrive from Yemen.
The locusts have been labeled a serious threat. The FAO recommends that field operations be scaled up in northeast Ethiopia and other affected regions. “Intensive aerial control operations” will continue against these swarms in Somalia.
While migration has been limited, more swarms are expected to arrive this month to breed. Breeding levels will depend on the scale of migration, as well as the rainfall in the following months, which is projected to be higher than usual.
So far, infestations have been contained to the Horn of Africa. Iran, Pakistan, and India will be under watch during the summer.