The Djibouti National Shipping Company (DNSC) is in the process of becoming Africa’s second shipping company after Ethiopia.
During the recent international trade fair Djibouti’s Chamber of Commerce organized the company promoted its upcoming activity to potential customers.
The country’s first shipping company formed under the Djibouti Ports and Free Zone Authority (DPFZA) is expected to begin operating this year by providing service to vessels which are leased and shipping containers. Siman Moussa, Commercial Manager of DNSC, said that in the coming year the company will begin operating with leased equipment and will expand the business using its own properties.
“Initially we will transport the consignment to regional ports from the center at Djibouti,” experts at the company said.
“We are waiting to bring the vessels to commence operation. We need to calculate how much the freight will cost. We also want to make it known that Djibouti has a shipping company,” the Commercial Manager said.
She added that the company is screening vessels to see which ones are appropriate to lease. When it begins operating the company will use ports like Jebel Ali (Dubai) followed by regional ports like Jidda, Berbera, Bossaso and other regional destinations before starting a direct route.
Another official at the company said that DNSC will work with the Ethiopian Shipping and Logistics Services Enterprise (ESLSE), the only organized flag carrier on the continent.
“Owning vessels requires a high amount of capital so at first we need to commence operations by leasing,” he added.
According to the plan DNSC will start a container shuttle service this year connecting Djibouti to the region.
This makes Djibouti one of Africa’s state owned shipping operators. Ethiopia is the major state owned shipping line operator in Africa. The Ethiopian Shipping Lines, which changed to the Ethiopian Shipping and Logistics Services Enterprise, is one of the oldest and lone government owned African carriers in the sector.
Most of Africa’s shipping lines are run by minor private companies or very small state owned enterprises.
The new service of Djibouti will act as a feeder for cargo destined to or originating from the region, which is transshipped to and from international long-haul services at Djibouti.
“Djibouti has multiple ports but doesn’t have a national shipping line so we need to get that done,” the DNSC expert said.
“Our main goal is work with partners,” he added. 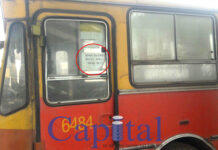