Djibouti, which wants to expand its tourism economy, has slashed visa fee for visitors.
The decree of the Ministry of Budget of Djibouti indicated that the revised visa fee was classified into three categories, from about USD 11 to 168 depending on the duration.
The country has stated that it wants to expand its economic sector into different aspects from the current dominant logistics service sector. The tourism sector is stated as one of the pillars in this regard.
Osman Abdi Mohamed, CEO of the National Tourism Office of Djibouti, recently told Ethiopian media visiting Djibouti that the tourism sector contributes three percent to the GDP, which is expected to reach 5 percent in the coming five years. According to the CEO there are now 140 thousand visitors every year and that number is expected to increase to half a million in five years.
He said that his office has highly targeted to expand the number of Ethiopian tourists visiting different seaside towns in other African nations and the Middle East like Dubai.
Currently Ethiopia and Djibouti are re-linked with a modern electric railway that replaces the century old line.
Recently the two countries have reconnected with electric railway besides the road and flight. Experts in the country stated that the railway makes the two nations more connected since it is cheap and fast than air and road transport respectively.

The Ethiopian side is also massively working on the road development including express road on the corridor to Djibouti. Recently Djibouti has also launched the development of express roads that connect Ethiopia.
“Tourists not only others visiting Ethiopian and continue their visit to Djibouti but Ethiopians shall visit Djibouti and enjoy their weekend at sea sides by coming the modern and fast railway system,” the CEO said.
The two countries have agreed to cooperate more to integrate tourism. “Our office in collaboration with its counterpart in Ethiopia organized the first meeting between Djibouti and Ethiopian private operators here and the second meeting will be held in Addis Ababa in February,” he added.
Osman Abdi said that in the last two years the numbers of tourists coming after visiting Ethiopia is growing. The CEO said that his office branch will open in Addis Ababa this month.
The current visa fee reduction is stated to be a good option for Ethiopian tourists. The decree stated that the short stay from 15 to 90 days has been reduced to USD 22 that was close to USD 90 in the past, while the long stay up to 12 months would be USD 168 and the transit is USD 11.
The country is currently eager to attract tourists from new potentials besides the traditional travelers like from France. The sector has registered a 40 percent increase last year.
The government of Djibouti has decided to put money into tourism so last March the government organized a national forum on tourism which attracted many stakeholders. The forum came up with a strategic national master plan which will be finished by the end of this month.
He said that Ethiopia has several tourist destinations and some even registered by UNESCO. “It is a good opportunity for us also since tourists that visit Ethiopia might come to our beaches or seaside areas,” he added.
“We have beautiful touristic sites for visitors including beautiful beach, whale shark and other sea side and inland destinations,” Osman Abdi said.
Most of the visitors to Djibouti are from France but the country is working to change that. “Now we are also working to attract tourists from China, Ethiopia, and the Gulf States,” the CEO added. He indicated that Ethiopian tourists would enjoy the beach and sea foods that they don’t have in their country. “Ethiopians shall spend their weekend in Djibouti just coming by airplane or cheap transport of train and road,” he added. 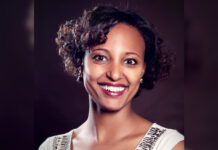