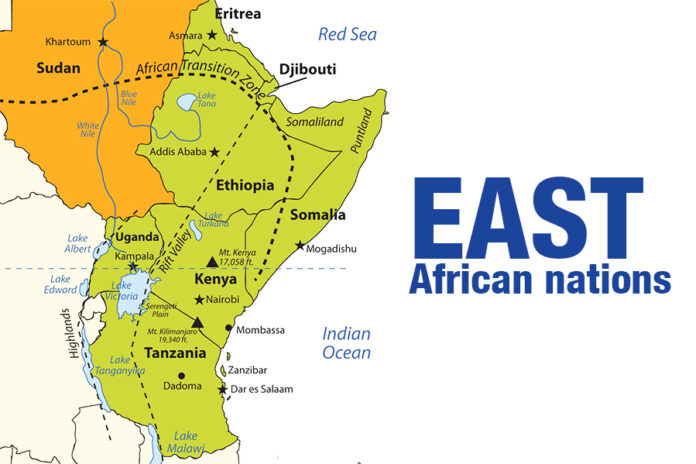 Despite economic challenges associated with the COVID-19 pandemic, many East African countries are projected to see positive growth during the recovery process this coming year, according to Smollan.
East African nations are in better condition going into the recovery process, as most have a diversified economy and non-reliance on exports of commodities, according to analyst Judd Murigi from ICEA LION Asset Management.
“How governments and the private sector respond to the impact of the pandemic over the coming months will determine the mid- and long-term success of the region’s efforts at building back better,” said Hardeep Sound, SAP, East Africa.
According to a Deloitte East Africa Economic Impact Report, countries such as Kenya and Ethiopia which had slower GDP growth last year will see positive growth rates this year. East Africa is one of the fastest growing regions on the continent, and has more potential for acceleration.
Ethiopia specifically has promising growth potential, being the second most populous nation in Africa. One obstacle other than its closed economy is the unreliability of supply chains in a landlocked country with relatively poor infrastructure. Additionally, many consumer goods are imported, and the birr is weakening, making inflation a significant concern.
Other countries within East Africa are experiencing similar effects. Kenya, according to Fanuzi, is on the verge of moving from a low-income nation to a middle-class consumer economy. In Uganda, many business owners and retail supply chains were disrupted, impacting the majority of the population that relies on daily wages. Rwanda, after implementing one of the strictest lockdown policies in the continent, is expected to grow by 5.1%.
During the pandemic, much like other nations, East African countries experienced a positive impact on online retailers, brick and mortar markets being severely impacted, increased demand for cleaning products and food supplies, and rising unemployment.