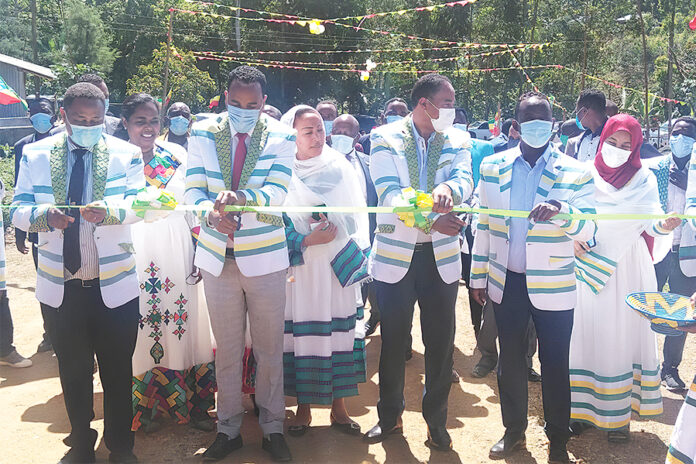 The Ethiopian Commodity Exchange (ECX) announces that it will commence the trading of additional nine commodities including industrial product and spices.
The exchange that opens new facilities on the western Ethiopia to simplify the supplies of commodities into the trading floor stated that in the coming year it will add more commodities at the electronic trading platform that is expanding the products that it manages exclusively to connect buyers and sellers.
It said that in the coming year it will add nine commodities including cotton, spices and different type of pulses at the trading floor. The news for planning to trade cotton is not new, while it is yet brew fruit.
The trading floor is not new to trading industrial products since early last year it had introduced the trading of soybean, which is mainly considered for industrial purpose than using as a raw product for the household level. When the trading of cotton is included it will be another step for the commodity exchange to expand the trading for industrial commodities.
However, ECX is yet to trade spices in its 13 years operation.
The modern trading floor that celebrates its 13th anniversary has made available warehouses and other facilities at Mizan Aman and Tepi towns in the western part of the country.
The Mizan Aman, 576 km west of Addis Ababa facility that was inaugurated mid this week has a warehouse with the capacity to manage 40,000 quintal and other relevant offices and laboratory.
According to ECX, the facility located in Bench Sheko Zone, SNNP shall serve eight woredas in the zone additional to other seven woredas in West Omo Zone.
“The facility will reduce 120km on average for the farmers in the two zones to transport their products to the trading centre,” the trading floor explained.
The area is the major coffee beans source in the SNNP region; ECX says, “The facility will help to enhance the supply of quality product for the international market.”
The area is also producing sesame seeds, mung beans, which are traded at ECX exclusively and different spices. ECX said that the facility at Mizan Aman would be crucial to host spices products thus will start the trading by next year.
The other facility inaugurated on Wednesday April 28 was at Tepi, 626 km west of Addis Ababa, which is also located at Sheka Zone of SNNP. The facility will serve four woredas in the zone and two woredas in Mazang Zone of Gambela region. Like the Mizan Aman facility it will also reduce 130 km for farmers to supply their product to market compared with the previous trend.
Sheka and Mazeng zones are also popular with their coffee product, which are the major hard currency earnings for the country. They are also producing sesame seeds and mung beans besides spices.
The south and western Ethiopia is well known on its enormous spices resources.
Currently, ECX has 25 branches and trading 12 commodities. In its 13 years history the exchange has facilitated the trading of 7.13 million metric tons commodities with the value of 308 billion birr.
More facilities in Bahir Dar, Shakiso, Qelem Welega, and other places are expected to be opened.