The Ethiopian Commodity Exchange (ECX) will begin trading industrial products for the first time in its 11 year history. The long awaited warehouse receipt financing will also be introduced in the 2019/20 budget year.
ECX that has been operating since 2008 was engaged in the trading of major agricultural commodities by introducing the exclusive trading of coffee, which earns one third of hard currency in the export market.
Currently ECX is facilitating the exclusive trading right for coffee, sesame seeds, and others like green mung bean and soybean. However, nonexclusive products like maize, wheat and haricot bean are also traded on the floor.
Since its establishment ECX traded agricultural products that are mainly used for consumption.
According to Wondimagegnehu Negera, CEO of ECX, the trading floor will start trading cotton during the coming harvest season. “The country is currently following the agro processing manufacturing sector and that will be supported by us. We will include the trading of cotton in our electronic market,” the CEO said at the press conference held on Friday August 2 at the ECX headquarters.
The exchange also targeted to introduce such kind of industrial products step by step as per its expertise and experience.
Netsanet Tesfaye, Public Relation Head at ECX, told Capital that studies were conducted to include cotton at the trading floor.
One of the expected products to be included on the trading floor from industrial products is sugar when the under construction projects are fully operational. However it will be decided in the future.
This would be the first time non edible products are being exchanged on the trading floor and even for the supply for local market. Currently the exchange mainly focus on the agricultural commodities that are exported, meanwhile trading for coffee for local supply is also held on the floor.
Currently the number of textile and garment industries is growing in the country, while the major share of inputs, cotton for textiles, is covered by imports.
On the other hand the price volatility discouraged local cotton growers despite the country’s suitable and ample land and environment for cotton production. Experts on the sector said trading the product at ECX might improve the sector marketing and encourage local producers to cultivate the product and even save the hard currency that is allocated for the import of cotton.
The electronic exchange has also targeted trading niger seeds, which is one of the oilseed products exports to different markets like the US for birds feed.
Wondimagegnehu said that niger seeds will be included at the trading as non mandatory. The oilseeds is mainly cultivates at the central part of the country in the surroundings of Addis Ababa. Wondimagegnehu also stated that the exchange has also targeted to commence the pilot project in providing loans for farmers by warehouse receipts. The idea has been circulating in the past but it was not implemented yet.
According to the CEO, warehouse receipt financing will be provided on some selected products during the budget year.
In the current budget year, the trading floor has targeted to trade 35.6 billion birr worth of 788.910 tones of agricultural commodities.
For the 2018/19 budget year 711,850 tones of commodities have been received by ECX warehouses with the achievement of 93 percent of the target and three percent higher than the preceding year.
In the year ECX traded 681,845 tons of commodities with the increment of one percent from the target and 3 percent more compared with the 2017/18 budget year.
Coffee takes the highest share by 45 percent and followed by sesame seeds that stood at 34 percent. Regarding value it has been targeted to trade 30.3 billion birr worth products, while the actual amount registered 33.8 million birr with 3 percent increment.
Besides the performance registered in the past structural improvement is crucial for the modern electronic trading activity, according to Netsanet. He said that to meet the target of modern facility ECX is currently constructed modern warehouse facilities to meet the international standard.

MultiChoice partners with One Africa Global Foundation on COVID-19 Hope for... 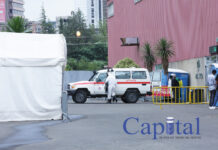 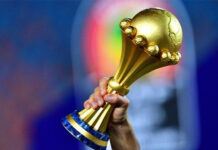